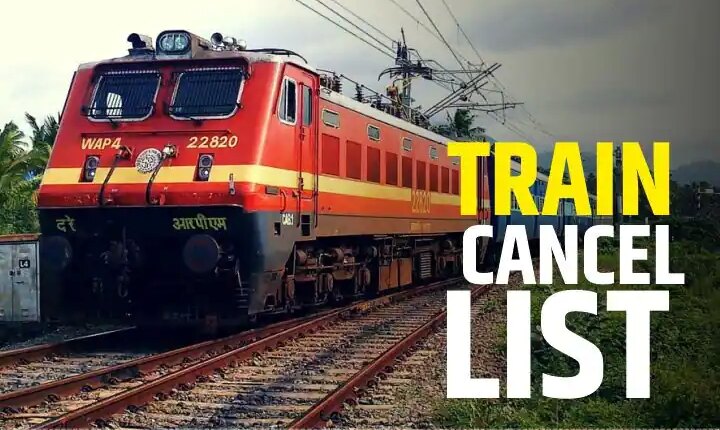 Train Canceled List of 2 June 2022: Indian Railway is considered to be the lifeline of the country. People of poor, middle and rich class of the country travel in train. Every day railways operates thousands of trains. But, sometimes trains are canceled due to different reasons, rescheduled train list and diverted. In such a situation, people traveling in trains have to face great inconvenience due to this.

It is worth noting that there are many different reasons behind reschedule, divert and cancellation of trains. Many times railways have to cancel many trains to repair train tracks. Every day hundreds of trains pass through the railway tracks. In such a situation, in view of the safety of the passengers, it is very important to repair the railway tracks. Sometimes trains have to be cancelled, rescheduled and diverted due to bad weather like storm, storm, flood. Apart from this, sometimes trains have to be canceled even in view of the problem of law and order etc. Before leaving for the railway station, make sure to check the list of cancelled, rescheduled and diverted trains.