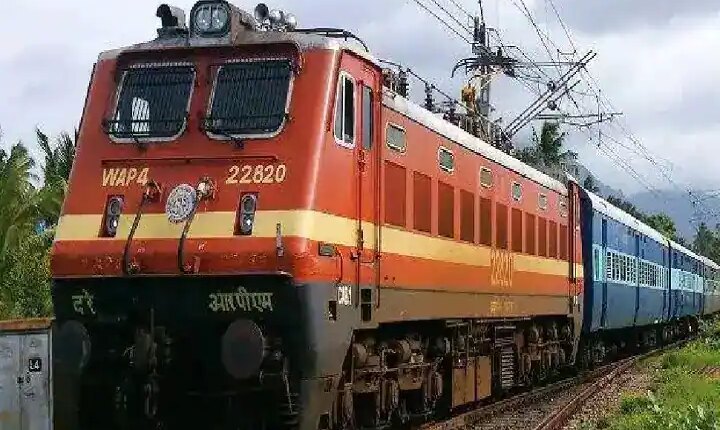 Indian Railway News: A major negligence has been done in the Ashram Express train coming from Ahmedabad in Gujarat to Rajdhani Delhi on Monday. Since this negligence came to the fore, many important questions have arisen. Due to this, the lives of 800 passengers sitting in the train were put in danger. Let us inform that a person sitting in the locomotive engine of the train tampered with the equipment used during the emergency of the train. Not only this, the person also shared all this exploits on social media through Facebook Live.

There was a stir since this video went viral. Taking a tough stand on this incident, the Railways have suspended the three responsible railway officials in this matter. At the same time, in this case the person who tampered with the parts of the locomotive engine has been arrested. A case has also been registered against him under various sections.

Engine handed over to relative
According to media reports, this matter has come to the fore in the Ashram Express train coming from Ahmedabad to Delhi. The train is near Bandikui railway station in Dausa district of Rajasthan. Santosh, the loco pilot of the train, was driving the train. Shortly after, he handed over the responsibility of the train’s engine to his relative in the hands of his relative. After this his relative Sukhram started tampering with the engine. Not only this, he also started showing this exploit to the people through the social media site Facebook Live. Around 800 passengers were aboard the train when the incident took place. It is a matter of relief that no major accident happened.

big action taken by railways
Let us tell you that after the video of this incident went viral, the Railways has taken major action on the matter. In this case, the responsible loco pilot Prahlad Meena and the assistant of the train have been suspended. Along with this, the person who has tampered with the engine has also been arrested. Let us tell you that when that person was doing this tampering, the engine was alone in the cabin. In such a situation, any major accident can happen at that time. A committee has been constituted on this matter and the matter is being investigated.