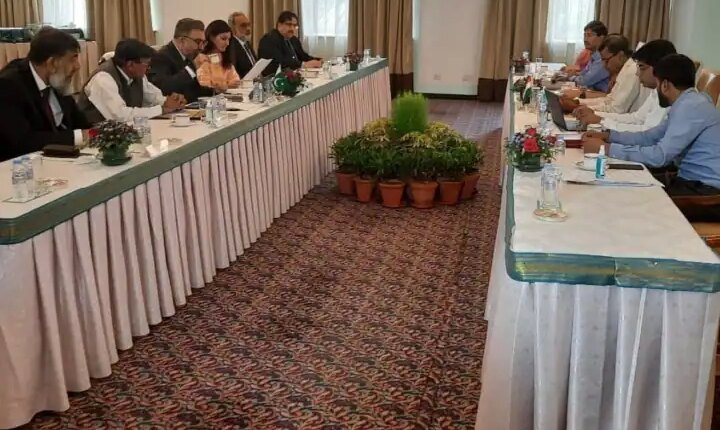 Indus Commission Meeting: The two-day annual meeting of the Permanent Indus Commission of India and Pakistan was held in Delhi on 30 and 31 May. This is the 118th meeting of the commission. In which both the sides have shown positive attitude. Indian Commissioner of Indus Waters A.K. Paul led the Indian delegation. On the other hand, Pakistan Indus Water Commissioner Syed Muhammad Meher Ali Shah led the Pakistani contingent. The last time this meeting between the two countries was held in Islamabad. In which both India and Pakistan reiterated their commitment to properly implement the Indus Water Treaty.

In this important meeting between the representatives of these countries, the annual report of the PIC ending on 31 March 2022 was finalized and signed. The meeting was organized in a very cordial atmosphere. The Commission appreciated the commitment of both sides to interact frequently and resolve issues under the Indus Waters Treaty through bilateral discussions. Apart from this, both the countries agreed to hold the next meeting of the PIC in Pakistan on mutually convenient dates.

Let us tell you that according to the provisions of every Indus Water Treaty 1960, the sharing of water of the six rivers of the Indus Valley region is discussed in this meeting. Both India and Pakistan have Indus Water Commissioner and Permanent Indus Commission for this dialogue. At least one meeting of the commission is held every year. These meetings are held alternately in India and Pakistan. Explain that out of the six rivers of the Indus Valley region, India has full rights over three eastern rivers – Sutlej, Beas, Ravi. At the same time, the western rivers- Chenab, Jhelum, and Indus have the right of Pakistan.