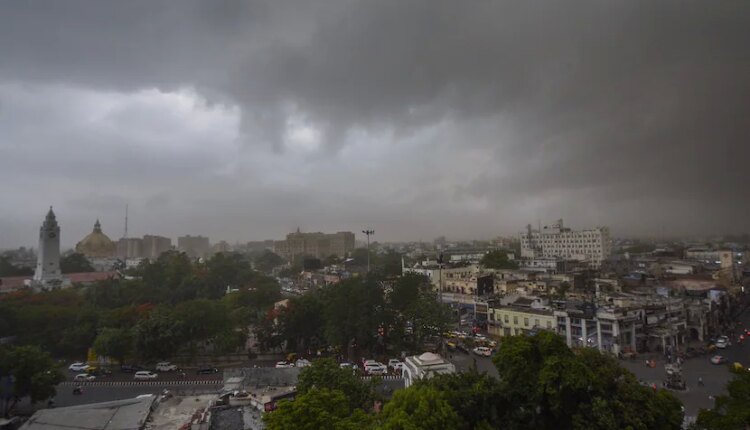 Weather Update: The Indian Meteorological Department (IMD) has predicted that the weather pattern is going to change in Delhi-NCR and its surrounding areas in the next two hours. According to the Meteorological Department, there is a possibility of changing the weather in Delhi-NCR with light rain, gusty wind, thunderstorms. These estimates have been expressed for West, North West, South North, South Delhi and NCR as well as Rohtak, Charkhi Dadri, Jhajjar, Farukhnagar, Kosli areas.

At the same time, the maximum temperature in Delhi is expected to remain up to 40 degree Celsius. Earlier, due to the strong storm that hit Delhi on Monday evening, a large number of trees were uprooted and fell on all roads, affecting traffic for the second day as well. People going to the office in the morning also had to face problems due to fallen trees on the road. During this, there was traffic jam from Vikas Marg in East Delhi to ITO in Central Delhi, from Kasturba Gandhi Marg in Lutyens’ Delhi to Tilak Marg, Sikandra Road, Ring Road, Mathura Road and Mandi House.

how will the weather be next

According to the Meteorological Department (IMD), this time the rain across the country is expected to be better than normal. There is a possibility of good rain in South Haryana as well. This time in the month of May there has been good rain as compared to the last many years. In such a situation, good rains are expected during the monsoon as well. According to the Meteorological Department (IMD), the monsoon will become active in South Haryana around June 27, after which continuous good rains are expected here.

read this also: Delhi Weather: The people of Delhi are not relieved from the heat at the moment, know when the monsoon will knock in the capital

read this also: Delhi Weather Forecast: Strong winds may occur in Delhi tomorrow, the temperature is expected to drop