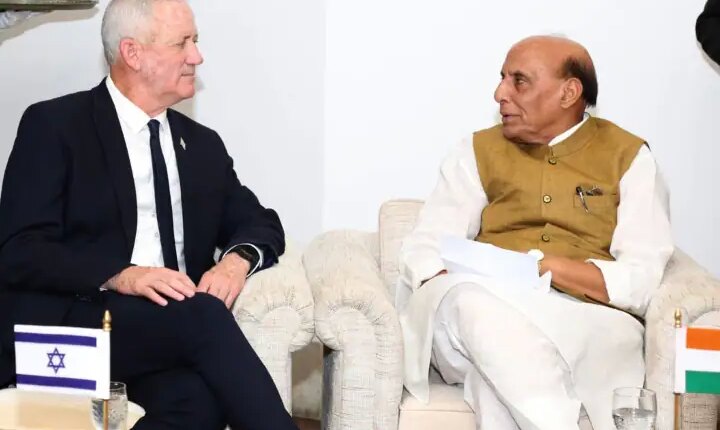 Defense ministers of both countries reviewed the current military activities. Which has increased despite the challenges due to the Kovid epidemic. They discussed futuristic technologies and ways to enhance cooperation in all areas with a focus on research and development in defense co-production.

Warm and productive meeting with the Defense Minister of Israel, Mr. Benjamin Gantz in New Delhi.

Discussed key issues pertaining to defense cooperation and global & regional scenarios during the bilateral meeting. We place great value on our Strategic Partnership with Israel. pic.twitter.com/83b92V97MT

A letter of intent was also exchanged between the two ministers to enhance cooperation in the field of future defense technologies. Earlier the Defense Minister of Israel visited the National War Memorial and paid tribute to the brave warriors by laying a wreath at the memorial. Ahead of the bilateral meeting with Defense Minister Shri Rajnath Singh, he was presented with a ceremonial Guard of Honour.

Rahul Gandhi On Target Killings: ‘Those who have to protect, they have no time to promote the film’, Rahul Gandhi again targets the Center

Kashmir Target Killing : When Will The Killing Of Innocents Stop ?

Kashmir Target Killing : Is It Again The Situation 30 Years Ago?