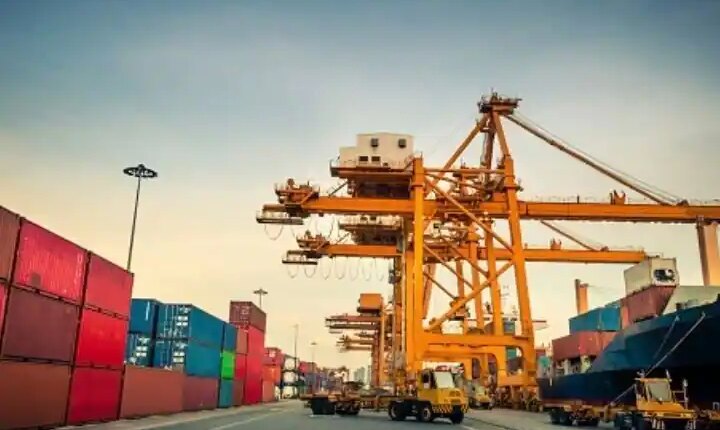 India Export Rise: The country’s export of goods has increased by 15.46 percent to $ 37.29 billion in May. This information has been received from the data released by the Ministry of Commerce on Thursday. Exports have increased mainly due to good performance of petroleum products, electronics goods and chemicals sector. However, during this period the trade deficit also increased to $ 23.33 billion.

export of these goods increased

Petroleum products (52.71%), electronic goods (41.46%) and RMG (22.94%) of all textiles have shown high growth in exports during May 2022, the government statement said. Engineering goods exports rose 7.84 percent to $9.3 billion in May, while petroleum products exports rose 52.71 percent to $8.11 billion. At the same time, gems and jewelery exports stood at $ 3.1 billion in May, as compared to $2.96 billion in the same month last year. Chemicals exports grew 12 per cent to $2.5 billion in May. Similarly, shipments of pharma and readymade garments grew by 5.78 per cent and 23 per cent to $1.98 billion and $1.36 billion, respectively, during the month under review.

What are the import figures?

Service Charge in Restaurants: It is not right to charge arbitrary service charge in restaurants! Government will soon bring guidelines, meeting held today

Female Work Force Declines: India has lost billions of dollars due to the decrease in the number of working women, only 17% share in GDP of half the population