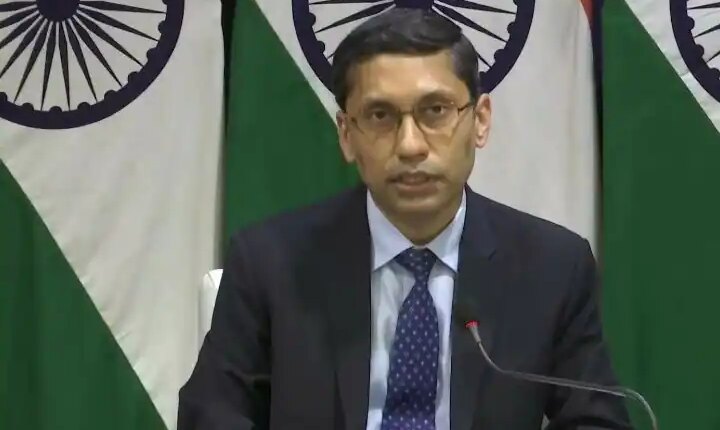 India Carefully Monitors China Infrastructure: Foreign Ministry spokesperson Arindam Bagchi has said on US General Flynn’s statement of China’s aggression that we have also seen reports about this. However, we do not want to say anything on General Flynn’s statement. We have said this before and would like to reiterate that India carefully monitors the infrastructure construction being carried out in our border areas by the Chinese side. This includes the infrastructural construction being built in the western region and more distant areas. The Government of India has developed infrastructure for its strategic needs but also to meet the regional development needs.

Flynn, who is visiting India, said on Wednesday that the Chinese Communist Party’s (CCP) unstable and acrimonious behavior in the Indo-Pacific region is not helpful and that some of the defense infrastructure being set up by China near its border with India is worrying. . He had said, I think the infrastructure being created in the Western Theater Command (of the Chinese army) is worrying.

read this also- FIR Against Owaisi: Asaduddin Owaisi, furious over the FIR against him, said- Delhi Police does not have the courage…

dialogue continues at both levels

According to the spokesperson of the Ministry of External Affairs, as far as the current situation is concerned, we have maintained dialogue at the diplomatic and military level. So far 15 military commander level meetings and 10 WMCC meetings have been held between the two countries. Some progress has been made with this. Both sides have been able to disengage in some areas of eastern Ladakh. We will continue to negotiate with the Chinese side to resolve the remaining issues. Both sides have also agreed to hold senior commander level talks.

this is our expectation

According to the Ministry of External Affairs, it is our expectation that the Chinese side will work with India to mutually resolve the remaining issues. In view of the fact that both the parties have agreed that prolongation of the prevailing position is not in the interest of either side. Nor is it good for the progress of mutual relations.

On the other hand, China on Thursday termed as ‘reprehensible’ the critical comments of a top US general regarding setting up defense infrastructure on the border with India. At the same time, he termed it as an attempt by some US officials to “add fuel to the fire”, saying that China and India have the “will and ability” to resolve their issues in a proper way through dialogue. Zhao said that ‘some American officials are adding fuel to the fire and raising fingers. This is deplorable. We expect them to do more to contribute to regional peace and stability.

Some medical debt will soon disappear from consumer credit reports