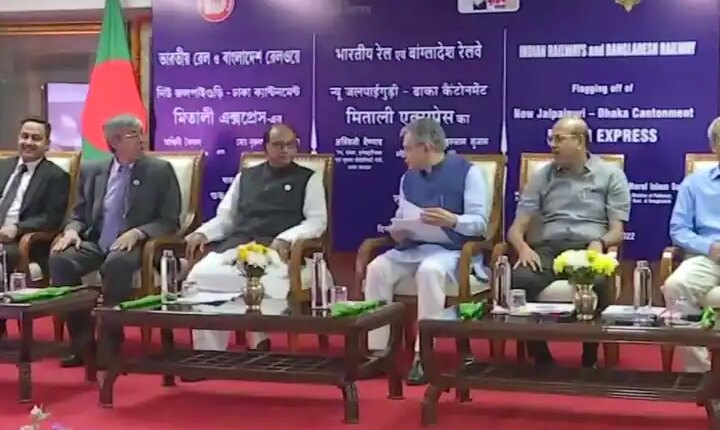 It was inaugurated digitally by the Prime Ministers of both the countries on March 27 last year. The train service could not be started then due to COVID-19 restrictions. On this occasion, Vaishnav said that Mithali Express would prove to be another milestone in strengthening the ties between the two neighboring countries.

How many days in a week will Mithali Express run?
The train will run twice a week (Departure New Jalpaiguri at 11.45 AM on Sunday and Wednesday, reach Dhaka at 10.30 PM on the same day and depart Dhaka at 9.50 PM on Monday and Thursday and arrive New Jalpaiguri at 7.15 AM on Tuesday and Friday This train will cover a distance of 595 km, out of which 61 km is in India.

…and which trains have been started operation?
The new train is in addition to the two existing passenger train services between India and Bangladesh, Kolkata-Dhaka-Kolkata Maitri Express (five-weekly) and Kolkata-Khulna-Kolkata Bandhan Express (biweekly). Is. The above two trains services were suspended due to Covid restrictions and have been resumed on 29th May.

Nearly half of businesses do not protect their full IoT suite

How to use Ghostery’s privacy-minded Dawn browser