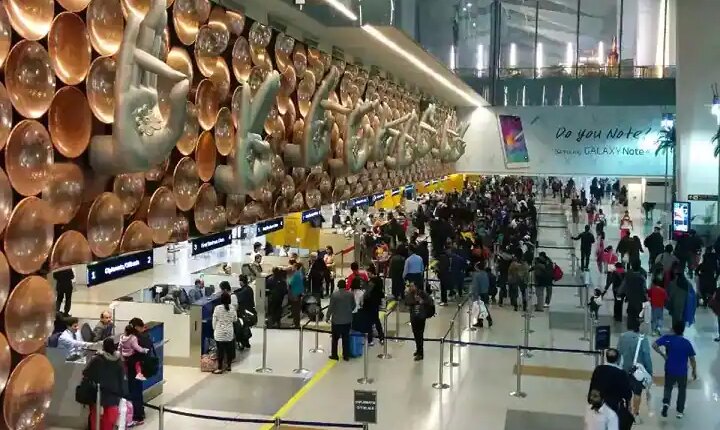 New Corona Norms On Airport: Following the Delhi High Court’s strictness on the Kovid Protocol in Airports and Airplanes, the Indian Aviation Regulator DGCA has issued new Kovid Rules for airports and aircraft. have made. According to this new rule, Wear Mask has been made mandatory for all the staff along with the passengers traveling in the aircraft. Removal of mask can be allowed only in exceptional circumstances. Those who violate the rules can also be punished according to the rules. According to the order of the High Court, the violators can be kept on the No Fly List.

Let us tell you that on Friday, the Delhi High Court had directed to take strict action against passengers violating the rules related to wearing masks and washing hands in airports and planes. The court said that not only should a case be registered against those who violate the rules related to the prevention of Kovid-19, but they should also be fined. The court said such people should be put on the ‘no-fly’ (prohibited flight) list.

A bench of Acting Chief Justice Vipin Sanghi and Justice Sachin Dutta said that it has been observed many times that the rules are not followed seriously, therefore it is necessary that other agencies including the Directorate General of Civil Aviation (DGCA) ensure compliance of the rules. The bench said that for this, the DGCA should issue separate binding instructions to the airlines, so that they empower the employees, air hostesses, captains, pilots and other staff in airports and aircraft to take strict action against those passengers who Violations of the rules related to wearing masks and washing hands are found.

The next hearing of the case on July 18

The court said that the guidelines are already there and they are not being followed properly, which is the real problem. The bench said that necessary steps should be taken for implementation of the guidelines and fixed July 18 for further hearing of the matter. The court gave this order on a Plea, which was filed on the basis of the experience of a sitting Judge of the High Court. Justice C Hari Shankar had observed the passengers going from the airport to the aircraft not wearing masks, after which he took suo motu cognizance of the situation on March 8, 2021.

read this also: Covid Protocol: Court strict regarding Kovid protocol in airport-planes, said – put those who do not wear masks in the no-fly list

read this also: Corona In India: Corona has started spreading again in the country, know which state became the center and when will the fourth wave come

Why Jim Cramer invests in crypto