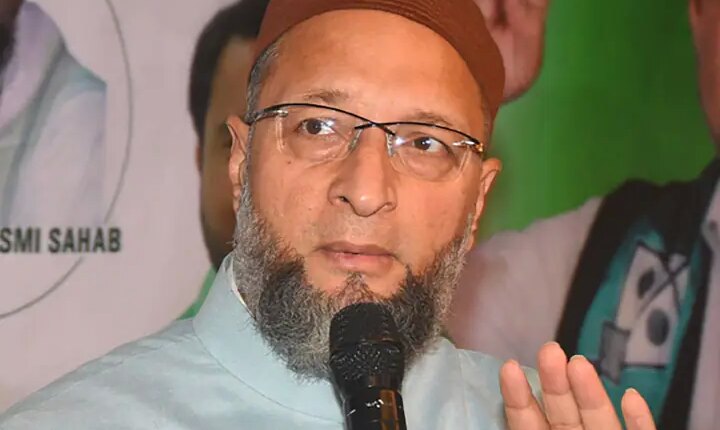 Delhi Police FIR Against Asaduddin Owaisi: AIMIM chief Asaduddin Owaisi has said on the FIR registered against him that “I have received a part of the FIR. This is the first FIR I have seen, which is not explaining what the crime is. We are not afraid of it.” As far as the FIR against me is concerned, we will consult our lawyers and resolve it if needed. Criticizing hate speech and using hate language cannot be compared.

Owaisi has said in another tweet that it appears that Delhi Police does not have the courage to pursue cases against Yeti, Nupur Sharma and Naveen Jindal. This is the reason why the case continues to be delayed and weak response. In fact, the Yeti has repeatedly violated the conditions of his bail by promoting genocide against Muslims and insulting Islam.

According to Owaisi, the Delhi Police was probably trying to think of a way to register an FIR against these people without hurting the Hindutva fundamentalists. Delhi Police is suffering from “Both Partialism” or “Balance-ism” syndrome. One side has openly insulted our Prophet, while the other side has been named to convince BJP supporters and make it appear that there was hate speech on both sides. In my case the FIR is not even saying what was objectionable.

In fact, Delhi Police has filed FIRs against former BJP spokespersons Nupur Sharma and Naveen Jindal as well as AIMIM chief Asaduddin Owaisi, controversial saint Yati Narasimhanand and others for allegedly disturbing public peace and posting messages inciting people on social media. have been registered. Officials said on Thursday that the FIRs have been registered after analyzing the social media.

What is the charge of Delhi Police

A senior police officer said, cases have been registered against those who posted and shared messages against maintaining public peace and inciting people on the basis of division. The cases were registered under sections 153 (intentional abetment with intent to cause riot), 295 (insulting places of worship with intent to insult any religion) and 505 (making public mischief-making statements) of the Indian Penal Code, he said. Huh.

read this also: Naqvi on Al Qaeda: Naqvi’s reply on the threat of Al Qaeda – this organization is not a protection for Muslims but a problem