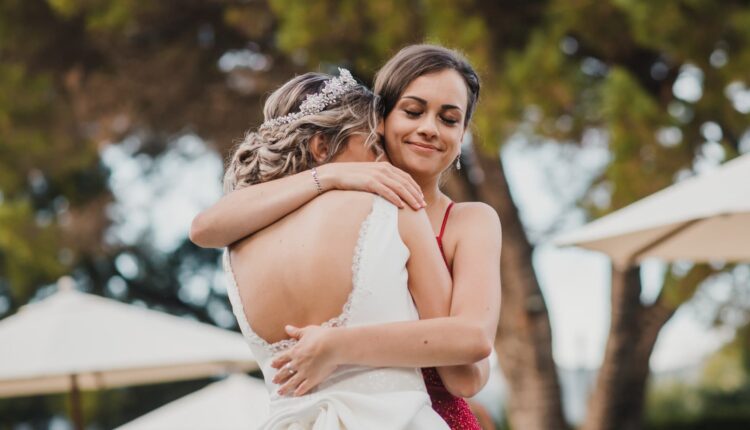 If seemingly every weekend in your calendar is filling up with weddings, you’re not alone. Thanks to pandemic-related postponements, the 2.5 million weddings that are expected to happen this year would be the most since 1984, according to The Wedding Report.

But for many Americans, a summer full of celebrating can quickly start to feel like a financial burden. In 2021, the average cost to attend a wedding was $461, according to The Knot, and a recent LendingTree survey found that being a member of the wedding party is even steeper, at $825 on average.

“When you consider travel, gifts, and attire as well as destination weddings and destination bachelor and bachelorette parties, these things can really build on themselves,” says Ted Rossman, a senior industry analyst at Bankrate. “When you think about inflation and rising travel costs, these are expensive events. But the cost of fun can be a budget-buster.”

Indeed, nearly 40 million Americans feel or have felt pressure to spend more than they’re comfortable with to attend a celebratory event in 2022, according to a recent survey from Bankrate. Here’s how financial and etiquette experts say you can keep the costs within your budget without stepping on any (immaculately pedicured) toes.

Communicate your concerns about money

Feeling financial stress about attending weddings is hardly new, but things have certainly intensified, says Thomas Farley, an etiquette expert and author of the NBC Today column “Mealtime with Mister Manners.” “It was never cheap to be in someone’s wedding, but as weddings have gotten more elaborate the costs have gone up as well,” he says. “It used to be just bachelor or bachelorette parties. Now it’s destination weddings and bachelor and bachelorette parties, next-day brunches, different outfits, and multiple nights at a hotel. Even if the wedding is just an hour away, it can get really pricey.”

If you’ve only been invited as a guest, especially by someone who isn’t a close friend or family member, skipping an elaborate wedding for financial reasons is as simple as checking “no” on your RSVP and sending along a gift, says Farley. But if you’re close enough with someone to be invited into the wedding party, you’ll need to communicate your money concerns to the happy couple.

“You don’t want hurt feelings,” says Farley. “‘Hey, why didn’t Ryan come to my bachelor party? I thought we were friends. I went to his.'”

To avoid this sort of scenario, “Go to them and say, ‘I’d love to be in your party this year, but, fill-in-the-blank issue with money,” Farley says. “Then it’s up to them. Maybe the couple is in a situation where they’re willing to help you out. Maybe they’ll tell you not to worry about a gift — that celebrating with you is enough.”

To be clear, he adds, this isn’t what you’re asking for. “You’re just going to them very candidly about what you can afford. This way, there should be no hard feelings there.”

‘Get creative’ with spending and saving

To avoid overspending at the wedding events you choose to attend, employ some strategies to help defray your costs, says Rossman. “You might have to get creative,” he says. “That can mean sharing accommodations with other guests, or renting a suit or a dress instead of buying one. If you have eight weddings you probably shouldn’t be buying eight new suits or dresses.”

In order to carve out some extra room in your budget, Rossman recommends creating a separate account that you can use to help fund short-term fun such as vacations and celebrations. To keep the money safe and accessible, stash it in a high-yield savings account. While you won’t earn much in the way of interest, “establishing the habit of setting money aside from every paycheck is really important,” Rossman says. “When you name a savings account and give it a purpose, that can be a powerful motivator.”

In other words, if you know you’re setting aside the money for something fun, you’re more likely to keep yourself from spending it. You’re also more likely to realize what you can’t afford. “You don’t want to get into a situation where you’re going into credit card debt to be at someone’s wedding.”

If you own and regularly pay down your credit card, you may already have some money set aside, Rossman notes. “Take a look at your credit card rewards, airline miles, and hotel points. You might be sitting on value you didn’t know about,” he says. “Your miles could help fund your travel, or maybe you could use your cash back to offset expenses like gifts or attire.”

If you’re looking to build your savings between now and the end of the year, it’s worth re-examining whether you’re getting as much as you can out of your cards, especially as the rising cost of goods is squeezing Americans’ finances. Spending on credit cards that offer ample cash back is one way to fight back against higher prices on necessities, says Rossman. A card offering 6% cash back on grocery purchases, “basically trims 6% off your grocery bill. That’s coming pretty close to offsetting grocery inflation,” he says.

Doing the same for cards that offer perks for people who spend on everyday things like gasoline and dining can also help fight inflation’s sapping effect on your bank account. “Maybe you’ve dabbled before, but now is a good time to double-down on this strategy,” Rossman says. “You’re getting something in exchange for money you would have spent anyway.”