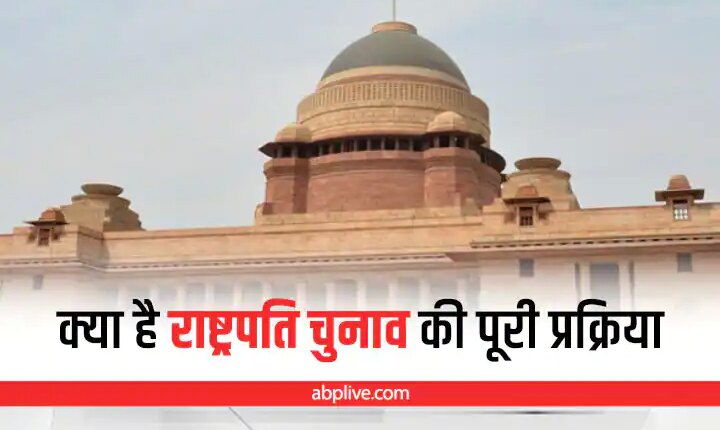 After this, the sixth highest civilian is the Chief Justice of India and the Speaker of the Lok Sabha. At number seven are the Union Cabinet Minister, Chief Minister, Chairman of Planning Commission, former Prime Minister, Leader of Opposition in Lok Sabha and Rajya Sabha.

Any common citizen is the 27th citizen of the country. We will talk in detail on this, but in this article we will tell you the process of how the country’s highest civilian president is elected today. Fighting should be in the person..Let’s know everything….

Election is done by indirect election

As we have mentioned above that the President is elected by the elected representatives on the basis of votes by the people, so it clearly means that in this process the voting rights are with the elected MLAs and MPs. Nominated members of Parliament and members of Legislative Councils cannot vote in presidential elections, as they are not directly elected by the people.

How is the election of the President, know here

It is important to know here that a person eligible to vote in the presidential election can propose or support the name of only one candidate. This rule of proposing to voters and proposing the candidature of an individual by the Election Commission in 1974 after the elections of 1952, 1957, 1962, 1967 and 1969 (an early election after the death of Zakir Hussain, the third President of India in office) was adopted.

2- In the presidential election, all the elected MLAs vote in their respective states and union territories, while all the elected MPs vote in the Rajya Sabha and Lok Sabha. Elected MPs and elected MLAs are given ballot papers to cast their votes. Green color ballot paper is given to the MPs and pink color to the MLAs. They are also given special pens, which they can use to record their votes.

Each ballot contains the names of all the candidates who are running for the presidential election. The elector indicates his preference for each candidate. The candidate they like the most as President, chooses the number ‘1’ while ‘2’ for that candidate, which is their second preference, and so on.

However, it should be noted that whoever marks the preferences for the presidential candidates, it is not necessary for him to select all the candidates.. He can mark the first preference only.

3-After voting, the ballot papers of MLAs are collected state wise and put in the tray of each candidate. For example, in the last presidential election, if an MLA from Uttar Pradesh had marked Ram Nath Kovind as his first preference, then the MLA’s ballot paper would have gone to Kovind’s tray.

Then in the same way the ballot papers of the Members of Parliament are distributed. For example, all the ballots of those MPs who have marked Meira Kumar as their first preference in the last election would have gone to Kumar’s tray.

how votes are counted

In the case of MLA, the population of the state in which the MLA is located is seen and the number of members of the Legislative Assembly of that state is seen. To calculate the weightage, the population of the state is divided by the number of elected MLAs, it is then divided by one thousand. Now the figure that comes is the weightage of the vote of that state.

How is the winner of the presidency determined?

The candidate who gets more votes than the fixed quota is the winner. If no one gets more votes than the quota, the candidate with the fewest votes is eliminated from the race and the ballots of the removed candidates are distributed among the remaining candidates based on the second-preference choice in those ballots. The process of counting the total votes for each candidate is then repeated to see whether anyone has been able to get votes above the quota.

This process continues until no one’s vote exceeds the quota, or until only one candidate is left after successive expulsions. Then that person is declared as the winner of the President of India.

What are the qualifications required by a candidate to contest the election of the President of India?

Under Article 58, a candidate is required to fulfill the following conditions in order to contest for the office of President