How Goldbelly landed a million new customers during the pandemic 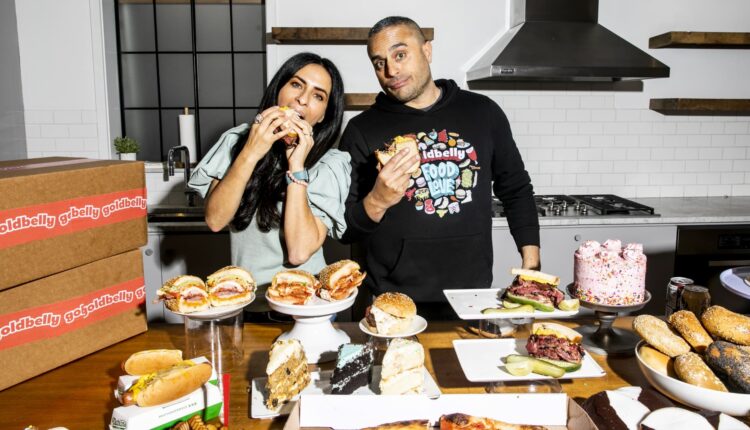 If you received a frozen Lou Malnati’s deep dish pizza or Junior’s cheesecake in the mail — particularly during the summer of 2020 — you probably have Goldbelly to thank.

The food delivery website first launched nine years ago, aiming to ship food from popular restaurants across the country to hungry customers, far and wide. But as founder Joe Ariel says, the website was perfectly suited for the recent era of pandemic lockdowns: Many Americans confined to their homes experienced intense “food nostalgia,” just as restaurants nationwide needed creative ways to keep their businesses alive.

“I mean, we were probably the fastest-growing company in the country [that] year,” Ariel tells CNBC Make It.

Goldbelly added a million new customers in 2020, with annual sales jumping 300% compared to 2019, according to the company. Ariel declined to share specific revenue figures, but notes that Goldbelly — which today employs a team of 160 people and works with over 1,000 restaurants across all 50 states — certainly made the most of its pandemic-era popularity, raising $100 million from investors in May 2021.

Goldbelly has now raised more than $133 million in total from investors like private equity firm Spectrum Equity and Shake Shack founder Danny Meyer. And Ariel has partnered with world-famous chefs and restaurateurs like David Chang, Wolfgang Puck and Marcus Samuelsson.

Ariel’s bet is that consumers want more than local deliveries from companies like Grubhub and Uber Eats. Rather, he hopes, people will pay premiums for culinary items they can’t ordinarily have.

So far, he appears to be right.

Ariel was 25 years old when he bootstrapped his first online start-up, a web directory of local takeout menus called Eats.com, in 2002. That website grew to attract 25,000 unique visitors per month by the time Ariel sold it to Delivery.com in 2009, for an undisclosed amount that Ariel describes as “a life-changing sum” of money.

After the deal closed, Ariel spent more than a year as CEO of Delivery.com. When he left in 2010, he had financial freedom and a desire to build something of his own again. Two questions ran through his head, he says: “What is the future of food? What are the things I love the most?”

At the time, Ariel was living in New York City, a foodie mecca with tens of thousands of restaurants. But he kept thinking about the Southern cuisine he’d enjoyed as a college student at Vanderbilt University. He’d call Nashville eateries and beg them to ship barbecued meats to him in New York. Sometimes, he was successful — and receiving those FedEx boxes gave him a nostalgic satisfaction that no local restaurant could provide.

Most people, he realized, probably wouldn’t bother restaurants in other cities the way he did. He says he discussed the idea with his wife, Vanessa, who told him: “This would be the first experience [in] food and it’s based on what you love, not on where you live.”

“That was the magic moment or the ‘Aha’ moment where it’s like, ‘Wow,’ [and] if we could bottle this up and spread this joy and happiness and comfort through food — whatever you dream of, wherever you are — that’s a magical idea that’s worth spending your life executing on,” Ariel says.

Ariel, his wife, and co-founders Joel Gillman and Trevor Stow approached friends and family for seed money, ultimately landing $200,000 to build a beta version of Goldbelly’s website. From there, Ariel’s first challenge was convincing restaurants to commit time and resources to freezing some of their most popular menu items and handing them off to Goldbelly to ship across the country.

“They didn’t know who the hell I was,” Ariel says of the restaurant owners. “Nine out of 10 told me to f–k off.”

That wariness faded away after Goldbelly officially launched. Ariel landed a spot with start-up accelerator Y Combinator in 2013, and Goldbelly made Time magazine’s list of the internet’s 50 best websites that year. By 2019, Goldbelly had a customer database of roughly 2 million people, making it clear that consumers were willing to pay a premium for popular foods from around the country — for themselves or as gifts for friends and family.

And make no mistake, Goldbelly isn’t cheap. A single 8-inch cheesecake from Junior’s in Brooklyn, New York, costs roughly $70. A four-pack of cheesesteak hoagies from Pat’s in Philadelphia will run you $110. Shipping, which is included in those prices, accounts for the majority of the inflated price tags.

Still, Goldbelly wasn’t exactly a household name until the pandemic hit. Plenty of people became more willing to splurge on fun or nostalgic culinary experiences delivered to their doors. And restaurateurs, often grasping at straws, saw how the service could also allow them to reach new customers far from their local neighborhoods.

Ariel says multiple high-profile chefs were reluctant to sign on pre-Covid, thinking it would feel more like a gimmick than a necessity. He cites Momofuku founder and television personality David Chang as a pandemic-era convert whose restaurant group joined Goldbelly in November 2020.

“I always knew about Goldbelly, and was maybe interested, but not interested enough,” Ariel recalls Chang telling him. “Now, chefs [have] got to throw out their ego and try new things.”

Ariel says he’s well aware that Goldbelly’s pandemic growth won’t continue forever. But as long as people are willing to pay for the food they love, he says, the company should be fine.

“There’s a lot of people that love food,” Ariel says. “The way you can tell if somebody is a true Goldbelly [fan] is: Have they ever traveled for food?”

How this 34-year-old CEO beat self-doubt to build a $1 billion start-up: ‘I was the last person to bet on me’

This 49-year-old CEO used lessons from Amazon and Google to build a $1.5 billion start-up

Buy now, pay later loans make it tough to get a handle on your credit