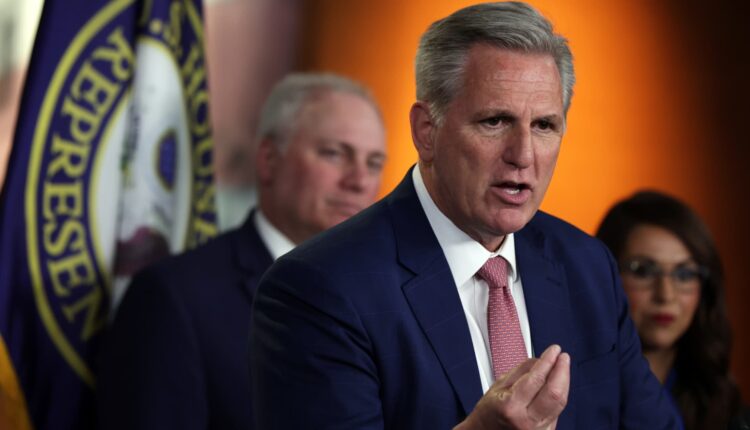 Republicans this week introduced a road map describing how they would mitigate rising gasoline prices and address climate change if the party wins control of the House of Representatives in the November midterms.

The plan arises from the energy, climate and conservation task force established last year by House Minority Leader Kevin McCarthy, R-Calif., and involves proposals that run counter to the warnings of climate scientists.

The strategy provides a broad overview of how the party would address high energy prices but doesn’t set specific greenhouse gas emission targets. It calls for ramping up fossil fuel production and liquefied natural gas exports, as well as streamlining the permitting process for major infrastructure projects, according to The Washington Post, which first reported the plan.

The agenda also endorses legislation to expand hydropower, one of the oldest and largest sources of renewable energy, and condemns policies that increase U.S. demand for critical minerals mined from China, which are necessary for electric vehicle and renewable energy production. In a document introducing the road map, House Republicans cited Department of Energy statistics showing that only 3% of the more than 80,000 dams in the U.S. currently generate electricity.

“If Republicans earn back the House majority in the fall, we will be ready to enact that strategy and ease the suffering of working Americans’ wallets,” Rep. Garret Graves, R-La., the task force chair, wrote in a blog post.

Climate scientists have warned the world must dramatically reduce fossil fuel production to avoid the worst consequences of climate change. A recent report from the Intergovernmental Panel on Climate Change said that limiting global warming to close to 1.5 degrees Celsius will become impossible in the next two decades without immediate and major emissions cuts.

The GOP has historically opposed measures to tackle the climate crisis. The Trump administration, for example, sought to reverse more than 100 environmental rules it deemed burdensome to the fossil fuel industry.

This week’s plan takes a vastly different approach to addressing climate change than the Biden administration’s agenda, which involves slashing emissions in half by 2030 and reaching net-zero emissions by 2050.

The GOP plans to unveil the six policy areas of their plan, called “Unlock American Resources,” “American Innovation,” “Let America Build,” “Beat China and Russia,” “Conservation with a Purpose” and “Build Resilient Communities,” over the next two months.

The road map also comes after the House last year passed more than $500 billion in climate investments as part of the president’s Build Back Better Act. That legislation is still stalled in the Senate after opposition from Republicans and Democratic Sen. Joe Manchin of West Virginia. Every Republican in Congress has opposed the funding, contending it would exacerbate the worst inflation the U.S. has seen in decades.

Environmentalists and congressional Democrats argue the GOP plan is not only insufficient but would worsen the climate crisis.

“This climate plan sounds like it was concocted by a comic book supervillain,” said Brett Hartl, government affairs director at the Center for Biological Diversity. “Republicans have managed to devise a scheme that would make climate change even more destructive.”

Rep. Frank Pallone, D-N.J., who is chair of the Energy and Commerce Committee, condemned the plan, saying if House Republicans were serious about addressing climate change, they would have supported legislation Democrats have put forward to lower energy prices and slash carbon pollution.

“This House Republican proposal simply recycles old, bad ideas that amount to little more than handouts to oil companies,” Pallone said in a statement. “It is a stunning display of insincerity to admit climate change is a problem but to propose policies that make it worse.”