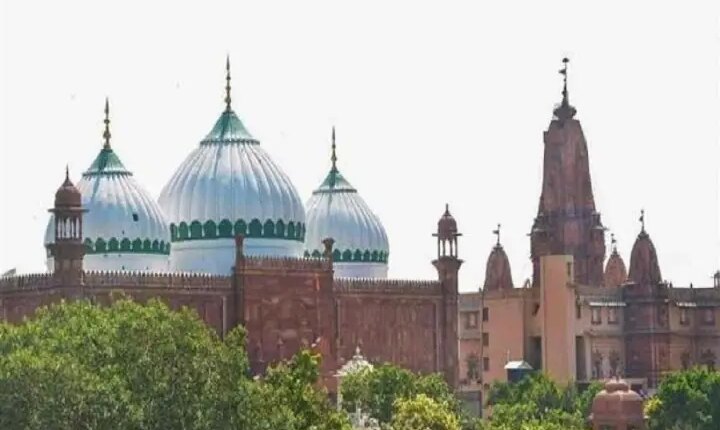 Hindu God Goddess: A group of petitioners on Thursday sent a legal notice to the Center and the Archaeological Survey of India (ASI) in the Shahi Idgah Mosque-Sri Krishna Birth Place dispute trial to send a legal notice to the idols of Hindu deities. demanded to be transferred, on which he claims that he is buried under the stairs of a mosque in Agra.

According to the news quoted by PTI, it has been said in the notice that the movement of people on the stairs should be stopped immediately. These notices have been sent under Section 80 of the Civil Procedure Code, under which the parties will have to respond within 60 days.

The petitioners claimed that the expensive idols taken from the Keshav Dev temple in Mathura were buried under the steps of the Begum Sahiba Masjid in Agra by the Mughal emperor Aurangzeb when Aurangzeb destroyed the temple allegedly built here in 1670. Advocate Mahendra Pratap Singh, one of the petitioners, submitted that the idols of the deities should be shifted within the stipulated time. Failure to do so will make himself liable to fine.

Notice has been sent to these people

read this also: Mohan Bhagwat On Gyanvapi: RSS Chief Mohan Bhagwat’s big statement amid the Gyanvapi controversy – ‘There will be no movement after Ram temple’

read this also: Gyanvapi Mosque Row: Big meeting of saints and saints across the country in Varanasi, discussion will be held about all the mosques including Gyanvapi