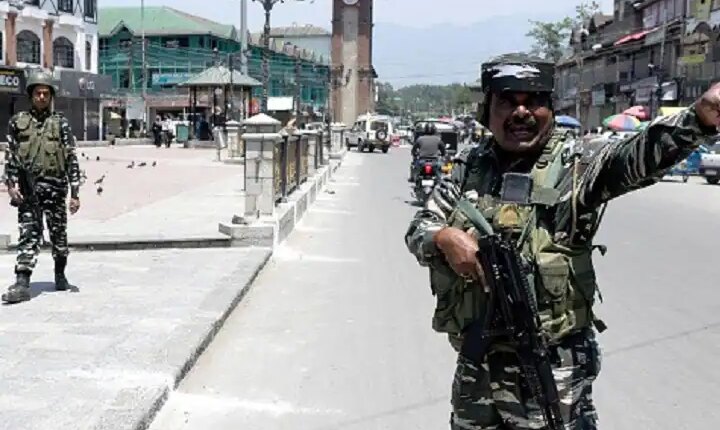 Jammu Kashmir Target Killing: The meeting is going on in the Home Ministry on the worrying situation regarding target killing in the Valley. At the same time, according to government sources, efforts are being made to spoil the atmosphere in Kashmir through target killing. Due to target killing, the minority government employees who are seeking transfer to Jammu are not being considered for their transfer. Their posting is being done in safe places. Most of these have been sent to safer places.

Angered by the targeted killings by terrorists in Kashmir, a group of government employees continued to protest for the second consecutive day demanding their shifting from Kashmir to their home districts. The protesters mostly include teachers. He has returned to Jammu after his colleague Rajni Bala was shot dead by terrorists at a school in south Kashmir’s Kulgam district on Tuesday.

Protesters under the banner of ‘Jammu based Reserve Category Employees Union’ marched from Press Club to Ambedkar Chowk on Thursday. After this, on Friday, they staged a sit-in at Panama Square in the heart of the city. Surinder Kumar, who was involved in the dharna, said, we will not return to Kashmir to resume our operations in the current dangerous conditions in view of target killing. We would rather die here than go back.

not ready to return to the valley

The protesters urged the government to pay heed to their protest and ensure their transfer from Kashmir to the Jammu region. Kumar said he has already been serving in Kashmir for 15 years and was not ready to return to the Valley to be killed by terrorists. At the same time, a woman protester said, where are the safe areas in Kashmir? We have to go out, put the children in local schools and do our duty. She said that she had been living happily with the local population in Kashmir for the past decade, but the targeted killings in recent months have instilled fear in her mind.

According to sources, till May 31 this year, one million tourists have come to Jammu and Kashmir, which is the highest figure so far. This year 8 lakh devotees are expected to come for the Amarnath Yatra. So far 2.5 lakh people have registered. In the years 2011 and 2012, about 6 lakh devotees had come.

Sources have told that for the first time, the Kashmir Film Festival is going to be organized from June 15 to 20. After the year 1990, the screening of films in Kashmir was completely stopped, attempts were made to start it in the middle, but without success.