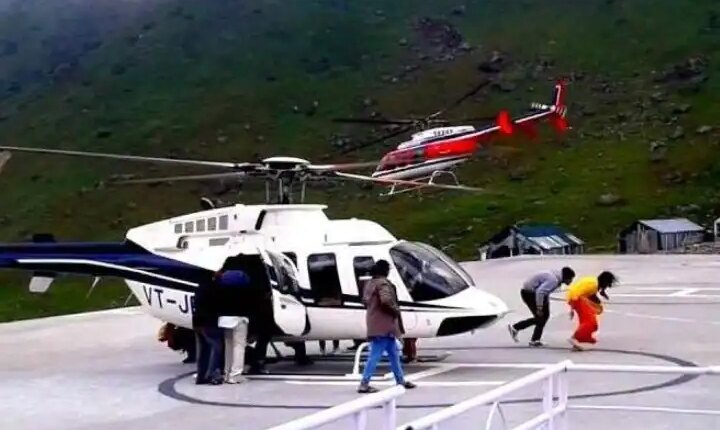 Kedarnath Yatra: The doors of Kedarnath temple located in Rudraprayag district were opened on 6 May last month. Since then there is an influx of pilgrims every day. In such a situation, questions are being raised about the safety of passengers due to an uncontrolled hard landing of a helicopter while landing on the Kedarnath Dham helipad on May 31 of last month.

Issuing a statement on this incident, DGCA said that we are investigating this matter. However, there is no report of any passenger getting injured in this landing. DGCA said that we have issued a guideline for operating aircraft in Kedar Valley, according to which aircraft can be operated. Appropriate action will be taken against whoever violates these rules.

#WATCH A helicopter of a private airline had an uncontrolled hard landing on May 31 while landing at the Kedarnath helipad. No passenger was injured in the incident. pic.twitter.com/w39pUom2dg

Animal cruelty is also happening
The distance from Gaurikund to Kedarnath Dham is 18 km by foot. There is a direct climb from this route to reach Kedarnath Dham. Four and a half thousand horses and mules are being operated every day on this footpath. Many of these operations are cruel to these animals to earn money. This is the reason why many innocent animals are dying every day on this road. At the same time, the task force team constituted by the district administration has so far registered an FIR against many such operators under the Cruelty to Animals Act.