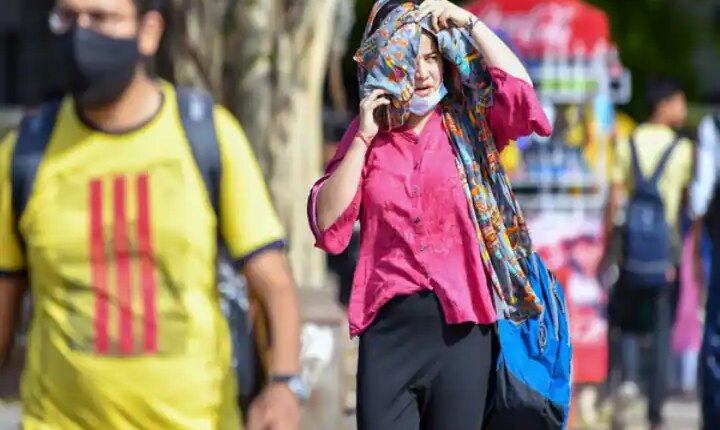 Indian Meteorological Department: After a few days of relief, the north-west and central parts of the country were again in the grip of heat wave and the temperature reached above 44 degree Celsius in many towns and cities. Officials gave this information on Saturday. The Meteorological Department has said that there is a possibility of heatwave in Rajasthan, Jammu, Himachal Pradesh, Uttarakhand, Jharkhand, Vidarbha, southern region of Uttar Pradesh and northern region of Madhya Pradesh for the next two to three days.

The India Meteorological Department (IMD) said that on June 4-5, strong winds with a speed of 30-40 kmph are likely in the north-west region of Rajasthan and Madhya Pradesh. On Friday, Chandrapur in Maharashtra’s Vidarbha region recorded a maximum temperature of 46.4 degrees Celsius, while at least 40 cities and towns in the north-west and central part of the country recorded a maximum temperature of 44 degrees Celsius and above.

What is the Meteorological Department saying?
The Meteorological Department has said that the maximum temperature is expected to increase by two degrees Celsius in most areas of North-West and Central India. Due to absence of Western Disturbance or extra-tropical weather systems during the pre-monsoon months between March-May, temperatures remain high over parts of North-West and Central India.

Heavy rain may occur in West Bengal and Sikkim
Northwest India experienced the first thunderstorm of the season on May 24, bringing down temperatures across the region. Meanwhile, the Met Office has forecast an increase in rain activities in the southern region from June 7. There is a possibility of rain in Northeast India and West Bengal and Sikkim during the next five days.

Jammu Kashmir: A person arrested under PSA for spreading hatred in Kashmir, video was made about the murder of Amrin Bhat