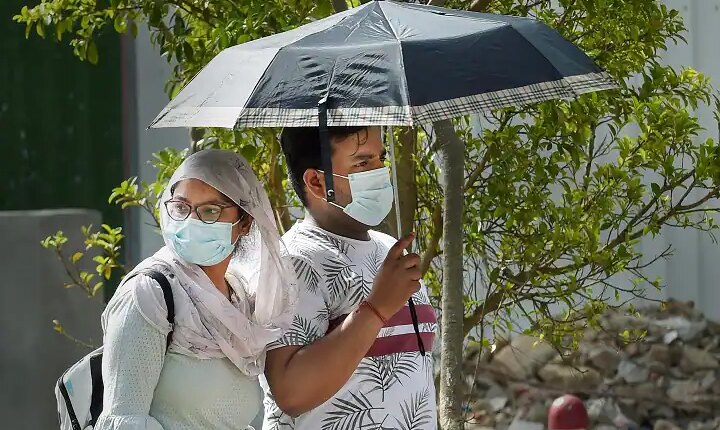 Monsoon Update in India: Northwest India and Central India remained in the grip of heat wave on Tuesday. During this, Banda in Uttar Pradesh was the hottest place with 46.6 degree Celsius. At present, according to the estimates of the Meteorological Department, there is no hope of any relief from such heat till Friday.

At least 37 cities and towns in the other states of Rajasthan, Haryana, Punjab, Madhya Pradesh, Uttar Pradesh and Chhattisgarh recorded the maximum temperature above 44 degrees. Meanwhile, the Southwest Monsoon is seen moving into Tamil Nadu, Puducherry and Karaikal and southwest and west central parts of Bay of Bengal.

Monsoon likely to arrive after June 15

According to the Meteorological Department, the monsoon is likely to remain weak for at least the next one week and after June 15, after gaining its momentum, the possibility of good rainfall is being expressed. The Observatory at Safdarjung, the base station of the national capital, recorded a maximum temperature of 44 degrees Celsius, which is three degrees above normal.

Weather will be hot for two to three days

The Met Office said that there is no scope of any major change in the maximum temperature in Northwest and Central India for the next two-three days, after which the mercury may drop by two to three degrees. The India Meteorological Department said that “There is a possibility of heat wave at isolated places during June 7-9 in Jammu division, Himachal Pradesh, Uttarakhand, Punjab, Haryana-Delhi and East Madhya Pradesh.”

Lu will run in many states including Uttar Pradesh

The Meteorological Department said that heat wave may be felt in Uttar Pradesh, Jharkhand and West Madhya Pradesh on Wednesday, while due to westerly wind blowing from Arabian Sea towards South Peninsula India, Karnataka, In Kerala and Lakshadweep, there may be lightning in the sky with thunderstorms for the next five days.