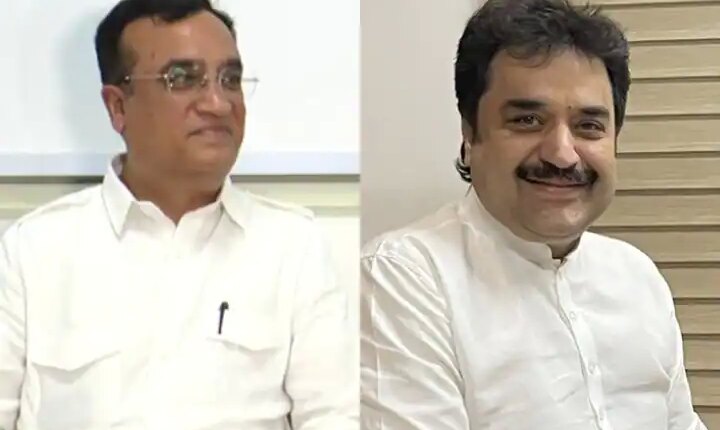 Haryana Rajya Sabha Election: Congress has given its full strength to win the Rajya Sabha elections in Haryana. On the one hand, where Bhupinder Singh Hooda has taken this election in a way as a display of his political power, Ajay Maken, the party’s strongman who has been nominated for the Rajya Sabha candidate from Haryana, is himself active.

According to information received from high sources by ABP News, on Friday, Maken himself spoke to the angry Haryana Congress MLA Kuldeep Bishnoi. After this, Kuldeep Bishnoi has assured him to vote in his favor. By the way, the personal relationship between Ajay Maken and Kuldeep Bishnoi is also about two decades old.

It is worth noting that Kuldeep Bishnoi is very angry due to not being made the President of Haryana Congress and he did not attend the meeting of MLAs held at Hooda’s house.

According to Congress sources, in view of the prospects of Congress’s victory in the next assembly elections in Haryana, the party hopes that not only all 31 MLAs, but some other MLAs will also vote in favor of Congress. According to sources, the Congress is expected to get at least 34 votes.

Meanwhile, Kiran Chaudhary has also met Bhupinder Singh Hooda. A day earlier, Haryana Congress MLAs had a meeting with Bhupinder Singh Hooda and Ajay Maken at Deepender Singh Hooda’s house in Delhi. After this meeting, 27 MLAs were sent to a resort in Raipur, Chhattisgarh. Captain Ajay Yadav’s son and MLA Chiranjeevi Rao will reach Raipur in a couple of days.