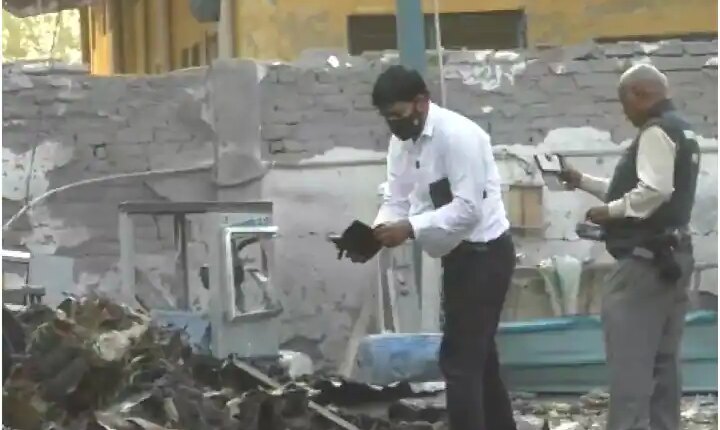 Hapur Boiler Explosion: 9 people were killed and 19 people were injured in a fire that broke out inside a factory in Hapur Industrial Area. What caused the accident still remains a puzzle, as people have different claims. Most of the people are saying that firecrackers were made in this factory and this explosion is the result of that while some people say that chemical work was going on inside and due to the explosion in the chemical it Accident has happened. The explosion was so strong that its voice reached far and wide and the tin shed of this factory was blown away.

Questions raised on police and administration

This accident has also raised questions on Hapur district administration and police. The most important question is that how the factory was being run illegally, because District Officer Megha Rupam himself and IG of Police Praveen Kumar say that this factory was allowed to make electronic equipment. But according to the way the people around and eyewitnesses are telling, firecrackers were being made in this factory or chemical work was going on. However, both the police and the administration are currently escaping their responsibility by talking about the investigation.

The district officer ordered an inquiry

Hapur District Officer Megha Rupam says that an inquiry committee has been formed. The forensic team is being investigated as to what caused the accident. The factory where the accident took place had got permission to make electronic equipment. But it is being told that a factory of something else was running there. He also told that 9 people have died in this accident while 19 people have been injured. Some people have been taken to Safdarjung Hospital in Delhi. Our priority is to provide the best treatment to the injured.

when did the accident happen

According to eyewitnesses, this incident happened between 2 and 2:30 pm on Saturday. At that time lunch time was going on in the factory. Suddenly there was a very loud explosion. Whose echo went far and wide. The intensity of the blast can be gauged from the fact that the tin shed of this factory was blown up. The people inside got badly burnt. The matter was informed to the police and fire department. Police say that the investigation is going on at the moment. It is being ascertained what was manufactured in this factory. Police say that the name of the factory owner is being told as Wasim, who himself was injured in the accident. He too has been taken to the hospital.

Drones were also monitored after the relief work was completed at the factory in Hapur where the accident took place. With the help of a drone, the police tried to know whether there was anyone trapped inside. If someone is trapped, he can also be pulled out and immediately sent to the hospital.

The factory in Hapur where the accident took place, the effect of the explosion of that factory was also on the neighboring factory. Due to which the equivalent factory was also damaged to some extent. A couple working there have also been injured, whose name is Prakash and his wife Bina. Prakash has suffered minor injuries while his wife has suffered more. The light was working below. His wife was working in the kitchen on the first floor.

PM Modi and UP CM Yogi have also expressed grief over this accident. PM Modi said that the accident in the chemical factory of Hapur, Uttar Pradesh is heart-wrenching. I express my condolences to the families of those who have lost their lives in this. The state government is actively engaged in the treatment of the injured and all possible assistance. At the same time, Chief Minister Yogi has directed the officials to get the investigation of the accident (Hapur Boiler Blast) done by experts.