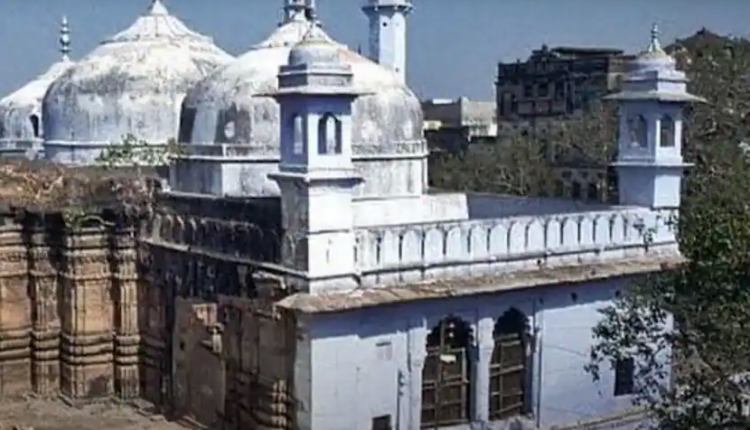 Gyanvapi Mosque Dispute: A hearing was held on Monday in the Varanasi District Judge’s court regarding the Gyanvapi Masjid dispute. As soon as the hearing started, arguments were put on behalf of the Anjuman Inazaniya Masjid Committee. The Muslim side, in its arguments, kept saying that the whole matter should be rejected. The Muslim side lodged objections to the claim of the Hindus. The court has adjourned the hearing of the case till July 4.

Apart from this, the petition to hand over the Gyanvapi campus to the Hindu side was also heard in the Fast Track Court in Varanasi today. This petition has been filed on behalf of Vishwa Vedic Sanatan Sangh. It has been claimed in this petition that the Gyanvapi mosque has been built after demolishing the temple and apart from the mosque committee, the UP government has also been made a party. During the hearing on this petition in the fast track court, the court asked to give a copy of the original case to all the litigants. The court has adjourned the hearing till the next date.

Hearing was also held on 26 May

Let us tell you, earlier on 26 May also many arguments were given on behalf of the Muslim side, in which there was talk of getting the case scrapped. During this, the Muslim side had demanded the dismissal of the petition of the Hindu side. It was also claimed that there is a fountain of Wuzukhana, not a Shivling in the Gyanvapi complex. Apart from this, the ‘Places of Worship Act’ was also discussed in the court during this period.

Court ordered both the parties to give video and photos

At the same time, on Friday, May 27, the Varanasi District Court had heard on the issue whether the survey report and videography should be made public. The opinion of both the Hindu and Muslim parties differed on this subject. The Gyanvapi Masjid Committee has requested the court not to allow the photographs and videos of the survey to be made public. On the other hand, the Hindu side opposed the argument of the Muslim side. After which the Varanasi district court had ordered that on May 30, videos and photos would be given to both the parties.

It is worth mentioning that Delhi resident Rakhi Singh and four other women had filed a petition seeking permission for regular worship of Shringar Gauri and ordering the security of various deities located in the premises. On this, the court of Civil Judge (Senior Division) Ravi Kumar Diwakar had issued an order on April 26 and ordered a videography survey of the Gyanvapi-Sringar Gauri complex to be submitted by May 10.

Claimed to get Shivling in the survey