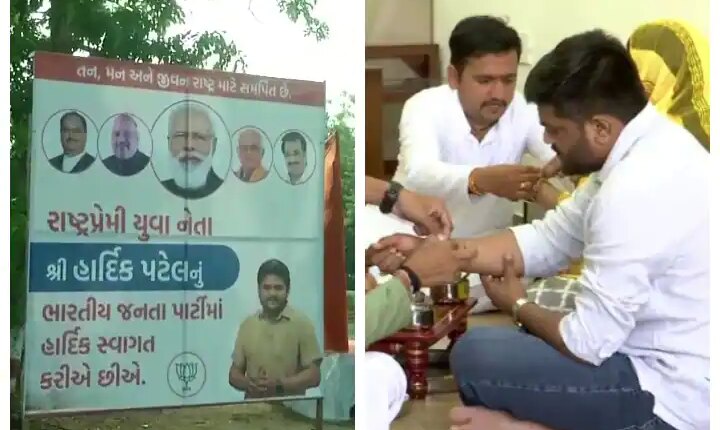 At the same time, before joining the BJP in Gujarat today, Hardik Patel had tweeted saying that he would work as a small soldier in the work of national service under the leadership of Prime Minister Narendra Modi. On May 18, Hardik Patel resigned from the party due to indifference to the real issues of Gujarat and decided to join the BJP.

Patidar leader Hardik Patel also offered prayers at his residence in Ahmedabad before joining the BJP today. Earlier today Prime Minister Narendra Modi Praising the PM, Patel said that he would work as a small soldier to serve the country under the leadership of the Prime Minister. With the feelings of national interest, state interest, public interest and social interest, I am going to start a new chapter from today. I will work as a small soldier in this noble act of service to the nation under the leadership of successful people.

What was Hardik’s displeasure with Congress?

Hardik Patel has a good hold in the Patidar community in Gujarat. Hardik Patel reached the political stage in the year 2015, when he led the Patidar reservation movement in Gujarat. The atmosphere was created while campaigning for the 2017 state assembly elections. Before the 2019 Lok Sabha elections, Hardik Patel had joined the Congress in the presence of Rahul Gandhi. Then, he was given the responsibility of working president of Gujarat Pradesh Congress Committee in 2020. However, he resigned this month accusing the Congress leadership of sidelining him while taking important decisions.