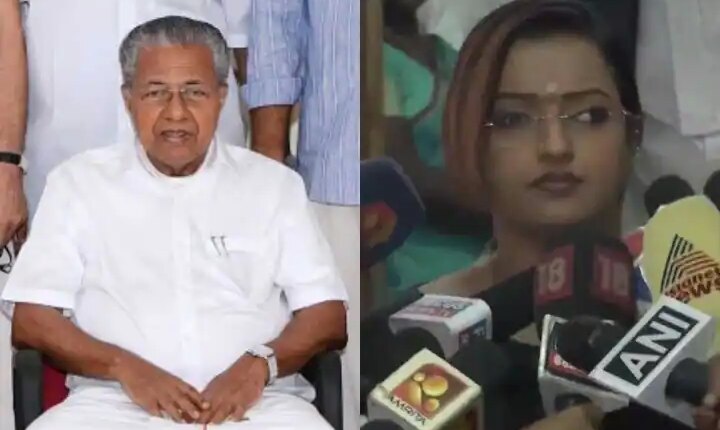 Gold Smuggling Case: The shocking revelations of Swapna Suresh, a key accused in the sensational gold smuggling case, created a political ruckus in Kerala on Wednesday. This development in the state looks like the script of a thriller film. Suresh told reporters outside his office in Palakkad in the morning that he has leveled the allegations against Chief Minister Pinarayi Vijayan due to threat to his life and there is no personal reason or political agenda behind it. Let’s know what Swapna Suresh said …

1. Minutes after the press conference of one of the accused in the case, Swapanna Suresh, ended, she told a TV channel that Sarith PS, who worked with her in HRDS India, was arrested by three-four unidentified people from in front of her (Suresh’s) house. kidnapped in broad daylight. Meanwhile, the opposition demanded Vijayan’s resignation. Suresh told reporters that after his revelations, Sarith was kidnapped by some unidentified persons. He alleged that Sarith was abducted minutes after his press briefing in the morning.

2. Suresh claimed, “Earlier you were asking what is the danger. Now it is not a threat, but the attacks have started. HRDS India employee Sarith was forcibly abducted from my house by three-four people.” Talking to reporters, Suresh said, “They have started attacks now. Can you imagine it? I just said a little thing, haven’t even shared all the information related to the matter yet and they are nervous. This is a sign of the same thing. They themselves are accepting everything through such shoddy gimmicks.

3. Suresh said, “Now you know what danger I, my family and Sarith are facing. The people of Kerala should know that they can be murdered or kidnapped in broad daylight.” The case was taken with him and he was released from the custody of the Vigilance Department a few hours later.

4. Sarith told reporters that no notice was given to him earlier. He said that he was not even allowed to wear slippers and the officers forcibly took him away with them. Sarith alleged that he did not even tell who they were while taking her along. He said that only one question was asked to him in the Vigilance Department on whose instructions Suresh had leveled the allegations and no question was raised regarding the ‘Life Mission’ case. Sarith said that no notice was given to him before being taken and he was given notice only to appear today on June 16 and his phone has been confiscated.

5. Suresh, while talking to reporters, also questioned how Sarith could be taken away without any prior information. He said that he is not afraid of anyone. Earlier, Suresh told reporters in the morning that he disclosed the persons allegedly involved in the case and their “involvement” under Section 164 of the Code of Criminal Procedure before the court.

6. He said, “To protect myself, I made a statement on the basis of facts before the court. I have much more to tell now.” Suresh said, “I was in jail for 16 months. My children suffered. I lost my job. They are exploiting me, tricking me. Now, I just want to live and focus on my kids. Please let me do this. Apart from this, I have no other purpose.

7. Following this, Kerala MLA and former minister KT Jaleel on Wednesday urged the police to probe the alleged conspiracy behind the fresh allegations leveled by Suresh against Vijayan and his family. At the same time, the opposition Congress warned of legal action if the investigation was not in the right direction.

8. Jalil, who had earlier handled the higher education portfolio in the Vijayan cabinet, is among other high-profile persons against whom Suresh had leveled serious allegations on Tuesday, besides the chief minister and his family. After registering a complaint against Suresh at the Cantonment police station here, the Thavanur MLA said the prime accused was making “false and fabricated” allegations and that there was a clear conspiracy behind his move to level the charges now after a hiatus.

9. Suresh on Tuesday after appearing before a magistrate’s court in Kochi said that he has given a statement under section 164 of the Code of Criminal Procedure, describing the role of the chief minister, some of his family members and top bureaucrats in smuggling activities. Has gone.

10. Chief Minister Vijayan and the ruling LDF dismissed the allegations as baseless. Meanwhile, Leader of Opposition in the state assembly V D Satheesan questioned why the central agencies did not verify the statement made by Suresh with evidence against the chief minister during the probe. The Bharatiya Janata Party (BJP) also said that Vijayan has lost his moral right to continue as chief minister.

was released from prison in November last year

Swapna Suresh was released from jail in November last year, 16 months after her arrest in the sensational gold smuggling case. Suresh, a former employee of the United Arab Emirates (UAE) consulate here, was detained by the NIA along with another accused Sandeep Nair from Bengaluru on July 11, 2020. Earlier on July 5, 2020, a racket was busted at the Thiruvananthapuram airport with the seizure of gold worth Rs 15 crore from the diplomatic baggage of the UAE Consulate. The NIA, Enforcement Directorate (ED) and Customs investigated it separately.

Sidhu Moose Wala Murder: Who is the mastermind of Sidhu Moosewala murder case? Delhi Police made a big disclosure