Frauds Arrested In Delhi: They Used To Cheat On The Pretext Of Getting A Government Job, Delhi Police Arrested 5 Members Of The Gang ANN 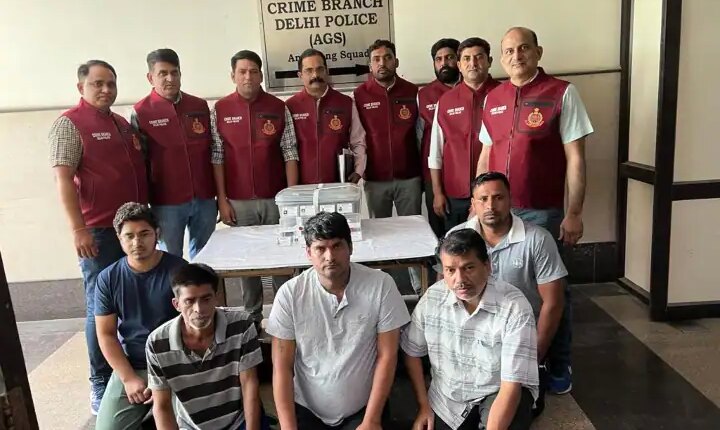 Delhi Frauds News: The Crime Branch of Delhi Police has arrested five members of the gang who cheated on the pretext of getting a government job. The names of the arrested accused are Rakesh Bhadana, Vinod, Rohtash, Prakash and Yogesh. According to the police, Rakesh and Vinod are the kingpins of this gang. It was Rakesh who used to meet youths looking for jobs as an IAS officer in NDMC and promised to get a job.

According to Delhi Police, this gang used to take about 10 lakh rupees from every young man in the name of getting a job. Actually Vinod had the job of a property dealer in Loni area. At the same time, it used to target those youths who were looking for jobs. Vinod used to take such youths to Rakesh Bhadana. Who used to call himself an IAS officer. According to the police, Rohtash and Prakash used to stand near Rakesh Bhadana in order to dominate. Whereas in Yogesh’s printing press itself, fake ID cards and appointment letters were printed.

Appointment letters and ID cards were also given

According to Delhi Police, this gang used to give fake ID cards and appointment letters after collecting money. Recently, he had given the promise of getting a job to a young man named Ankit, a resident of Delhi. He had also taken 5 lakh rupees from Ankit. The gang also gave Ankit an ID card on which the date of issue was written on June 10. But the icard was given to Ankit on 27th May. Seeing the icard, Ankit got suspicious and after that he informed the crime branch. After which this gang was busted. Varun Jain reports from Delhi.