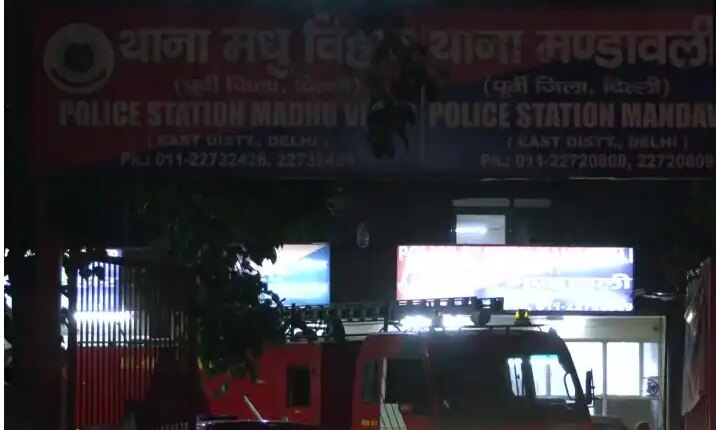 According to the information received from the fire department officials, no information has been received about anyone being trapped in the fire. At the same time, a senior official of East District also reached the spot to take stock of the situation after the fire. Eastern District Additional DCP Achin Garg says that they got information about the fire around 10:20 pm. In which no injury or casualty of any kind has been reported.

Visuals from the Mandawali police station where a fire broke out in the Malkhana. No information has been received about anyone being trapped in the fire, says Delhi Fire Department pic.twitter.com/FsOWK2EyeV

According to Achin Garg, the fire started in Malkhana of Mandawali police station of Delhi Police. In which many types of things were stored. At present, the fire has been brought under control after 45 minutes. At the same time, the team of Delhi Police is preparing the report of the damage caused by the fire.

Fourth incident of fire in Delhi within 24 hours

Let us inform that this is the fourth incident of fire in Delhi within 24 hours, the first fire was reported in the telephone exchange of the Ministry of Home Affairs in North Block on Tuesday midnight. After which the second incident of fire was seen in an electric motor parking lot in Delhi’s Jamia Nagar on Wednesday morning. In which at least 10 cars were burnt to ashes.

The third incident of fire in Delhi on Wednesday took place in the mini basement of the ground plus 3-storey building in Lajpat Nagar. The fire was in the electricity meter panel. To control which 10 vehicles of the Fire Department were sent.