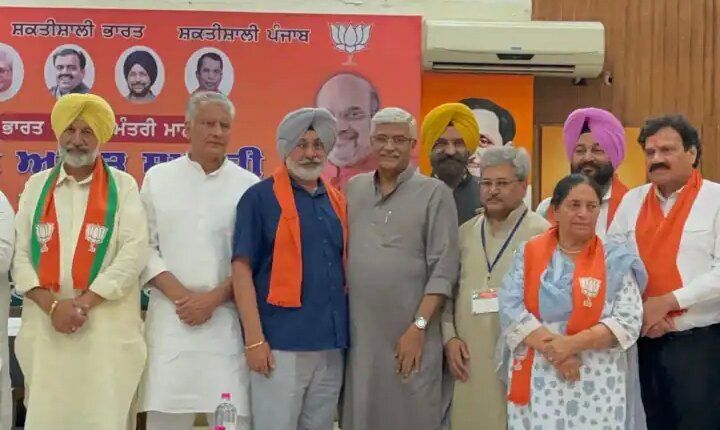 Punjab Congress Leaders Joined BJP: After the crushing defeat in the Punjab Assembly elections, now the Congress has once again suffered a major setback. Today i.e. on Saturday, four former ministers of Punjab Congress have joined BJP. Along with this, the Mayor of Mohali also joined the party today at the BJP office in Chandigarh.

Who and what joined BJP
Those seen in this video include former minister and senior Congress leader Raj Kumar Verka, Balbir Singh Sidhu, Sunder Sham Arora and Gurpreet Singh Kangar. Balbir Sidhu, a three-time MLA from Mohali, was the Health Minister in the previous Congress government, while Gurpreet Kangar, a three-time MLA from Rampura Phool, was the Revenue Minister.

Verka is a prominent Dalit leader of Majha region and has also been a three-time MLA. He was the Minister of Social Justice and Empowerment and Minority Affairs in the previous government. Former Hoshiarpur MLA Sunder Sham Arora was the Industries and Commerce Minister in the previous Congress government. All these four leaders lost the 2022 state assembly elections.