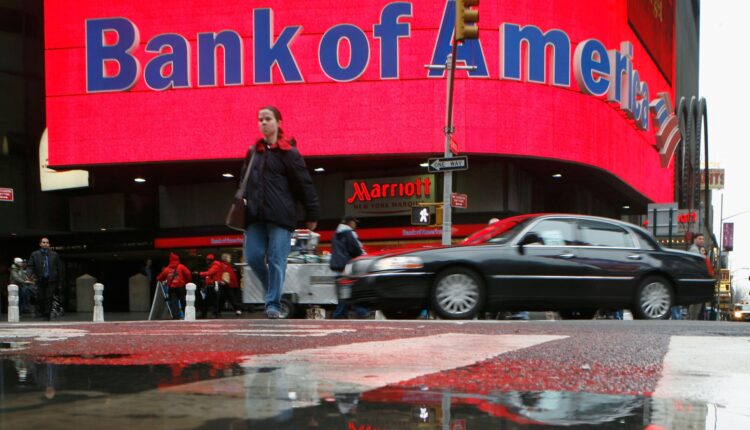 0
Share
Tech stocks have endured a massive sell-off this year, but Bank of America believes there are opportunities in some under-the-radar names. CNBC Pro spotlights four of the bank’s top stock picks. The tech sector has borne the brunt of a market rotation out of growth and into value names, as the likelihood of a steep rate hiking cycle — which makes growth stocks’ future earnings less attractive — hit home. Disappointing first-quarter earnings from Netflix , Google-parent Alphabet and others have further compounded nervousness in the sector. While investors may be focused on these well-known names, Bank of America believes some small- and mid-cap tech stocks present an opportunity for investors. To be sure, the outlook is not all rosy for these companies. The bank believes a backdrop of rising rates, inflation and growth concerns may remain an overhang in the near term. But analysts, led by Jill Carey Hall, said on Jun. 3 that the sector has “limited” positioning risk, and enjoys momentum inflows. The sector is also seeing more upgrades than downgrades by the bank, Hall added. She noted that while small-cap tech is still “broadly expensive,” it remains cheaper and of higher quality compared to the tech bubble of the late 1990s. In addition, there are now more small-cap tech stocks that are profitable compared to the period of the tech bubble. Over 70% of the sector is profitable, compared to less than 50% during the tech bubble, she added. Stock picks Bank of America’s top pick in the enterprise software space is open-source software company GitLab , which the bank describes as a “category leader.” “We believe the company has the potential to drive growth at a [more than] 50% rate over the medium term,” Hall said. The bank has set a price target of $65 on the stock, representing a potential upside of around 58.5% to its closing price of around $41 on Jun. 3. Within the semiconductor space, Bank of America’s top pick is On Semiconductor . The bank likes the company’s strong turnaround potential and exposure to “hyper growth trends” in electric vehicles. The bank has a $80 price target on the stock, which closed at around $63 on Jun. 3, representing a potential upside of 27%. Within the internet space, the bank’s top pick is online dating service Match in a recession scenario. The bank believes the company’s revenues could be more resilient in a recession given its strong margins. The stock also has a more attractive free cash flow valuation multiple relative to its peers, the bank added. The bank has ascribed a price target of $168 on the stock, which closed at around $82 on Jun. 3 — an implied potential upside of 104.8%. Meanwhile, market share gainers like DoorDash should outperform in a risk-on scenario, Hall said, with macro risks such as inflation and interest rate hikes having been a key driver of DoorDash’s valuation over the last nine months. The bank has a price target of $105 on the stock, which implies a potential upside of 54.4% to the stock’s closing price of $68 on Jun. 3.

A woman is reflected in a puddle as she passes a Bank of America branch in New York’s Times Square.

Tech stocks have endured a massive sell-off this year, but Bank of America believes there are opportunities in some under-the-radar names. CNBC Pro spotlights four of the bank’s top stock picks.