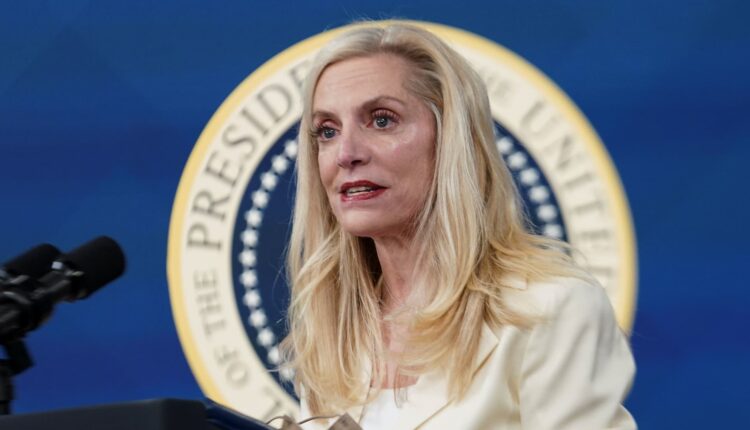 Though she stressed that Fed policymakers will remain data-dependent, Brainard said the most likely path will be that the increases will continue until inflation is tamed.

“Right now, it’s very hard to see the case for a pause,” she told CNBC’s Sara Eisen during a live “Squawk on the Street” interview that was her first since being confirmed to the vice chair position. “We’ve still got a lot of work to do to get inflation down to our 2% target.”

The idea of implementing two more 50 basis point rate increases over the summer then taking a step back in September has been floated by a few officials, most notably Atlanta Fed President Raphael Bostic. Minutes from the May Federal Open Market Committee meeting indicated some support for the idea of evaluating where things stand in the fall, but there were no commitments.

In recent days, however, policymakers including San Francisco Fed President Mary Daly and Governor Christopher Waller have stressed the importance of using the central bank’s policy tools aggressively to bring down inflation running around its fastest pace since the early 1980s.

“We’re certainly going to do what is necessary to bring inflation back down,” Brainard said. “That’s our No. 1 challenge right now. We are starting from a position of strength. The economy has a lot of momentum.”

Economic data lately, though, has been mixed.

ADP reported Thursday that private payrolls increased by just 128,000 in May, the slowest month yet for a jobs recovery that started in May 2020. Labor productivity in the first quarter contracted at the fastest pace since 1947, and the Atlanta Fed is tracking an anemic 1.3% growth rate for second-quarter GDP, which contracted 1.5% in the first quarter.

Brainard said, though, that bringing inflation down remains the top priority and shouldn’t significantly harm an economy where household and corporate balance sheets are strong.

Markets already are pricing in two 50 basis point increases at the next meetings, which Brainard called “a reasonable kind of path.” Beyond that, though, “it’s a little hard to say,” she added, noting both upside and downside risks to growth.

In addition to the rate increases, the Fed in June has begun reducing the asset holdings on its nearly $9 trillion balance sheet. The process will entail allowing a capped level of proceeds from maturing bonds to roll off each month and reinvesting the rest.

By September, the balance sheet reduction will be as much as $95 billion a month, which Brainard said will equate to two or three more rate hikes by the time the process is finished.