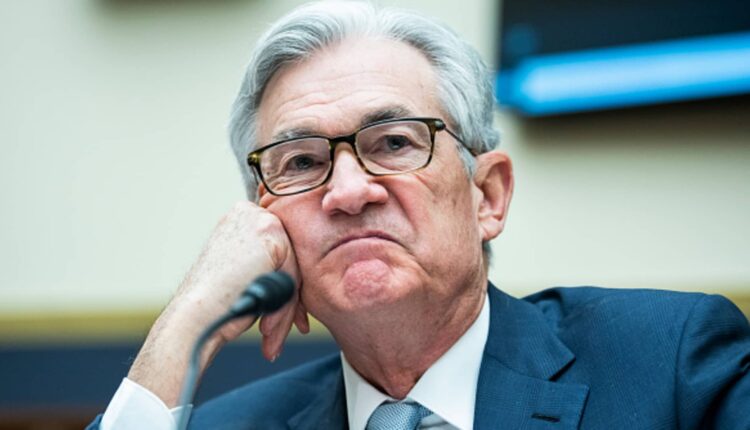 A widely followed Federal Reserve gauge is indicating that the U.S. economy could be headed for a second consecutive quarter of negative growth, meeting a rule-of-thumb definition for a recession.

In an updated posted Tuesday, the Atlanta Fed’s GDPNow tracker is now pointing to an annualized gain of just 0.9% for the second quarter.

Following a 1.5% drop in the first three months of the year, the indicator is showing the economy doesn’t have much further to go before it slides into what many consider a recession.

GDPNow follows economic data in real time and uses it to project the way the economy is heading. Tuesday’s data, combined with other recent releases, resulted in the model downgrading what had been an estimate of 1.3% growth as of June 1 to the new outlook for a 0.9% gain.

Personal consumption expenditures, a measure of consumer spending that is responsible for nearly 70% of GDP, saw a cut to a 3.7% gain from a previous 4.4% estimate.

At the same time, an improvement to the trade outlook resulted in a mild boost to the estimate.

The U.S. trade deficit with its global partners fell to $87.1 billion in April — still a large number by historical standards but down more than $20 billion from March’s record. On net, trade is expected to subtract 0.13 percentage points from GDP in the second quarter, from a previous estimate of -0.25 percentage points, according to the Atlanta Fed.

Talk about recession has accelerated this year amid surging inflation that has put a damper on corporate profit outlooks. Many on Wall Street are still expecting a resilient consumer and a still-strong jobs market to the keep the U.S. out of recession.

“Right now, it looks like any talk of a recession is a 2023 story. It’s not this year,” said Joseph Brusuelas, chief economist at consulting firm RSM. “We would need to see future shocks to the business cycle. My sense is the economy is going to slow, but only really back to its long-term trend growth rate of 1.8%.”

To be sure, while the notion of two consecutive negative GDP quarters is often considered a recession, that’s not necessarily true.

The National Bureau of Economic Research, the official arbiter of recessions, says that rule of thumb often holds true but not always. For instance, the recession of 2020 saw just one quarter of negative growth. Instead, the NBER defines a recession as “a significant decline in economic activity that is spread across the economy and that lasts more than a few months.”

“Most of the recessions identified by our procedures do consist of two or more consecutive quarters of declining real GDP, but not all of them,” the NBER says on its site. “There are several reasons. First, we do not identify economic activity solely with real GDP, but consider a range of indicators. Second, we consider the depth of the decline in economic activity.”

However, there has never been a period with consecutive negative-growth quarters that did not entail a recession, according to data going back to 1947.

One major source of inflation fears is the Federal Reserve, which is on a rate-hiking cycle in an effort to quell runaway inflation. Chair Jerome Powell said last month he sees “a good chance to have a soft or softish landing,” even with policy tightening.

“It’s not going to be easy. And it may well depend, of course, on events that are not under our control. But our job is to use our tools to try to achieve that outcome, and that’s what we’re going to do,” Powell added.