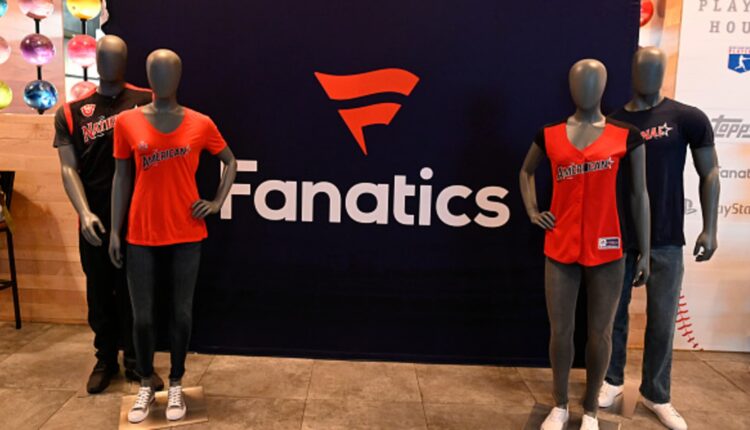 Fanatics display at the All-Star Players House Presented by MLBPA located at the Corner Alley Bar & Grill on July 07, 2019 in Cleveland, Ohio.

Topps is launching a line of trading cards featuring college athletes this fall, in a deal that parent company Fanatics said will cut some players in on the profits and pair them up with school logos on cards for the first time.

Fanatics, which sells sports apparel and acquired Topps earlier this year, said the program will include more than 150 schools featuring both current and former athletes. The company also has deals with more than 200 individual student-athletes at those schools to use their names and likenesses. And the plan is to keep adding schools and athletes, Fanatics said.

The majority of the Power Five conference schools are participating, including Alabama, Georgia, Kansas, Kentucky, Oregon and Texas A&M.

“We think this entire category is one that will not only bring new collectors into the space, but will also benefit student athletes to expand product offerings available in the marketplace,” Derek Eiler, executive vice president of Fanatics’ college division, told CNBC.

Terms of the deals with schools were not disclosed, but most of the athletes at those schools will not get money. Fanatics also declined to say how much the individual student-athletes with their own deals will be paid, but said compensation will vary based on their position, their public profile and how high they’re expected to be drafted. For players who go on to play professionally, the demand for their football or basketball card will likely increase.

“We are excited that Kentucky student athletes are a part of this exclusive new program with Topps and Fanatics which allows fans to collect official trading cards of their favorite current UK Wildcat athletes for the first time,” Jason Schlafer, University of Kentucky’s executive associate athletic director, told CNBC.

The deal also includes digital cards that can be produced quickly. Eiler said those can be used to try and capitalize on key moments or big plays during games.

Physical cards will be sold in packs and individually at Fanatics retailers, Fanatics’ website, hobby stores and some college bookstores.

For Fanatics, the deal helps establish relationships with student-athletes before they reach the professional ranks.

“With Fanatics shrewdly leveraging the iconic Topps brand they recently purchased, their launch into physical and digital trading cards will simultaneously boost their own revenues while creating yet another avenue for student athletes to monetize their name-image-likeness,” said Patrick Rishe, director of the sports business program at Washington University.

Rishe said the deal could energize the autograph market for current and past stars.

“Imagine what a card signed by Ed Pickney and others from the Cinderella 1985 Villanova basketball team could earn,” he said.

Fanatics acquired Topps in January in a deal worth an estimated $500 million as it sought to dive deeper into the sports collectibles market. The company was founded in 2011 by Michael Rubin, co-owner of the Philadelphia 76ers and New Jersey Devils. In March, Fanatics raised $1.5 billion to give it a valuation of $27 billion.