Exxon Mobil hit an all-time high this week. Here’s what comes next 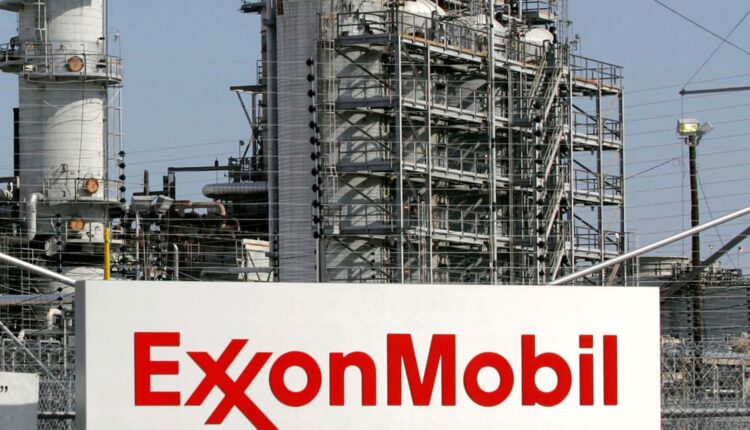 Shares of Exxon Mobil reached new highs this week, but Wall Street analysts think the energy stock could remain around these same levels a year from now. Exxon on Wednesday closed at a new all-time high of $104.59, breaking above $100 this week for the first time since 2014. The stock is among the top 10 best performers in the S & P 500 this year, up 67% in 2022. However, analysts on average see Exxon’s share price being relatively stagnant on a 12-month basis. The consensus price target on the stock is $103.02, according to FactSet. Oil and natural gas prices have soared this year, boosting energy stocks. U.S. West Texas Intermediate crude is up more than 67% in 2022, while international benchmark Brent crude is higher by more than 64%. The moves in commodity prices come amid tight supply and high demand. The war in Ukraine has disrupted global energy supplies, with sanctions placed against Russian exports, at the same time as demand has strengthened after Covid restrictions. “It’s a pretty constructive environment for oil and gas companies as a whole. It seems like energy prices will remain supported through the end of the year and that should support Exxon as well as its peers,” Jason Gabelman, director of energy equity research at Cowen, said. “If you’re thinking about the next six months, I think the stock should continue to climb.” But high energy prices could quickly turn into challenges for companies like Exxon after the end of this year if economies slow down, according to Gabelman, who has a hold rating on the stock. “You wonder if some of these tailwinds are going to turn into headwinds. Particularly, do strong oil prices start to cause demand destruction, and does that help normalize the environment? That’ll take time to play out,” Gabelman said. CFRA’s Stewart Glickman says to buy Exxon shares, but similarly sees a reversal in demand as a major risk for the stock. “Our biggest near-term concern is that high energy prices (if they persist) eventually create a sharp recession, in which case such prices could shift markedly lower,” Glickman said in a note Thursday. Moreover, when compared to peers, Exxon has greater exposure to downstream refining-and-marketing business versus upstream exploration and production. “When it comes to downstream, the credit spreads are getting much better. Still, on a relative basis, I don’t think those margins will compare to any company that has pure short-cycle upstream margins,” said Truist Securities’ Neal Dingmann, who rates Exxon a hold. Dingmann said he prefers a purer E & P name such as EOG Resources . With Exxon shares at historic highs, this could be the peak for the stock, according to RiskReversal Advisor’s Dan Nathan. “All these people piling into ExxonMobil … are going to look back and be like, ‘oh my goodness, that was the mother of all triple tops,'” Nathan said Wednesday on CNBC’s “Fast Money.” “Piling into these names right now doesn’t make a whole lot of sense.” Morgan Stanley’s Devin McDermott believes Exxon’s rally still has legs, even as the economic environment gets rockier. “A weakening economic outlook will slow global oil demand growth somewhat. That said, another leg of the recovery is still ahead,” McDermott said in a research note Monday. “We stay constructive and see a path to further outperformance despite slowing economic growth, but retain a bias for larger producers with scale.” Exxon is McDermott’s pick among U.S. integrated energy majors, preferred over competitor Chevron . The analyst has an overweight rating on Exxon and a $107 price target. Outside of oil and natural gas prices, investors should also keep an eye on total shareholder returns, analysts say. Exxon has ramped up its stock buyback program this year. The company bought back $2.1 billion worth of stock during the first quarter , and said it will increase its share repurchase program. The Irving, Texas-based colossus now expects to buy back as much as $30 billion in stock in 2022 and 2023, combined. “These are value stocks at the end of the day, and people want to get as much cash returns as they can in times of excess cash flow generation,” Gabelman said. “We’ll see given this environment if they continue to be aggressive or if some of these companies pause, given it seems like risks into late-year are mounting a bit.”