Explained: How Many Countries Of The World Protested Against The Controversial Remarks On Prophet Mohammad 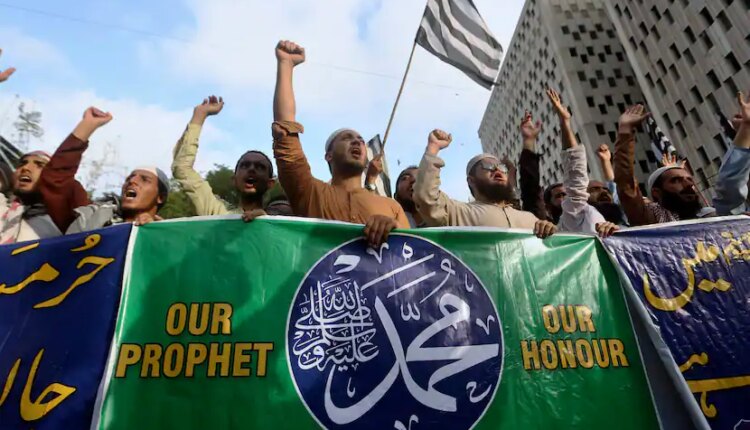 BJP may have suspended spokesperson Nupur Sharma and expelled Naveen Kumar Jindal for making controversial remarks on Prophet Mohammad, but the ruckus started against him in the country and Gulf countries does not seem to stop. Used to be. The opposition is also attacking the BJP and is adamant on the demand to send them to jail. While the ruling party faced more criticism domestically, it also seems to have a diplomatic ramifications. Many countries including Iran, Kuwait, Qatar and Pakistan summoned the Indian ambassador against the remarks made about Prophet Mohammad. Know how many countries of the world have objected to the comment and who have banned Indian products.

Muslim countries are constantly objecting to the controversial remarks of Nupur Sharma, former BJP spokesperson about Prophet Mohammad. Qatar was the first to express its displeasure on Sunday, after which about 15 countries including Kuwait, Saudi Arabia, Afghanistan, Iran and Pakistan have raised objections to India. The 57-member Organization of Islamic Cooperation (OIC) also strongly condemned the remarks against the Prophet. The OIC has also urged the United Nations to take necessary measures to ensure rights to the Muslims of India.

Some Arab countries have banned Indian products in their super stores. A Kuwaiti supermarket took Indian products off its shelf. In supermarkets just outside Kuwait City, sacks of rice and shelves of spices and peppers were covered with plastic wrap. There it is written in Arabic, “We have removed Indian products.” Apart from Kuwait, Indian goods were also boycotted in Saudi Arabia and Bahrain.

What did the Indian government say?

In an attempt to defuse the diplomatic row, Indian embassy spokespersons in Qatar and Kuwait said that the ambassadors have expressed that “the tweets do not in any way reflect the views of the Indian government. These are the thoughts of marginalized elements.”

However, after this Nupur Sharma issued a statement on Twitter and apologized for commenting on Prophet Muhammad. Nupur wrote, “I was going on TV debates for the past several days, where my adorable Shiva ji was being insulted every day. It was being said in front of me that it is a fountain, not a Shivling. Many Shivlings are found on every footpath of Delhi. Go go and worship. I could not bear the insult of our Mahadev Shiva ji like this again and again in front of me and I said some things in anger. If my words have hurt anyone’s religious sentiments, then I take back my words. It was never my intention to hurt anyone.

Who is Nupur Sharma?

Nupur Sharma, who was associated with the Akhil Bharatiya Vidyarthi Parishad (ABVP), first came into the limelight when she became the president of the Delhi University Students’ Union in 2008. Sharma (37), who hails from Delhi, studied law at the Faculty of Law of Delhi University (DU) after graduating from Hindu College. For further studies, she went to the ‘London School of Economics’ and studied law. Sharma joined the youth wing of the BJP and after spending several years there, she was appointed as the spokesperson of the Delhi unit. Sharma lost the election against Kejriwal in 2015, but she became a well-known face in the party. Sharma, a lawyer by profession, was made the party’s national spokesperson in the team of BJP national president JP Nadda. During the debate on the TV channel, she appeared as a flamboyant spokesperson and a vocal advocate of Hindutva.

No-Confidence Vote: Boris Johnson will continue as UK PM, passes no confidence motion test, 148 out of 211 MPs get support

Pakistan’s Economic Crisis: Is there going to be a declaration of financial emergency in Pakistan? Finance Minister said this