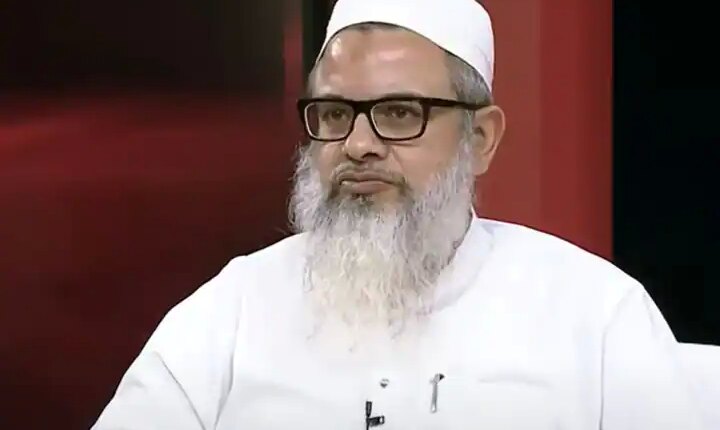 Maulana Madani on Gyanvapi: Maulana Mahmood Madan, president of Jamiat-Ulama-e-Hind, spoke with impunity on Ayodhya, Mathura, Kashi in abp news program press conference. He also openly answered the sharp questions on Gyanvapi. Madani said that the right way should be adopted to solve the Gyanvapi case. This issue will either be resolved by the court or by agreement. There is no third thing that can settle the matter. He said that compromise would be the best thing. We will not discuss it in the media, on the road.

Can Muslims give Mathura, Kashi to Hindus? On this question, Madani said that the agreement can never be denied. There is nothing better than a compromise. If something is our role, then we can come forward for that, but there is no such thing as of now. He said that Gyanvapi is not a national matter. Madani said that this can be a good initiative. We accepted the Ayodhya verdict. It is not right to escalate the debate.

Are you doing diplomacy, escaping responsibility? I never do diplomacy, I am not escaping responsibility. You are making it a national issue. We are appealing to the people that, do not heat this matter. We are asking people not to make it a Hindu-Muslim matter. Can’t the mosque be removed like the Arab? Madani said that any Mufti can shed the right light on this matter. If it will happen in the true sense that shifting is allowed, then nothing can be better than this.

Which party are you with?

Is there a political battle going on in this country? On this question, Madani said that some people are saying that there is a political fight but not for some people. Which party are you with? Madani said that trust in politicians has been lost, people have been fooled by everyone. Madani said that the tone in which Owaisi talks is not right. He also made it clear that he does not want to go to any party. There should be no mobilization against any party. There should be a Muslim in every party. It is wrong to get together with anyone to defeat someone.

Why the objection to the Uniform Civil Code?

Madani said that we are saying that it should not come. It’s just that. You like it, we have a problem with that. Look, we are religious people. There was fear before, still there is. We were afraid earlier that our things were being snatched away. There is no need to interfere in the Shariah. Shariat needs to be reformed, it cannot be done by law. Improvement will come from the society. Help us improve.

Respect for the temple or the tease of Babri?

On triple talaq, Madani said that divorce is a compulsion. Divorce is not a hobby. What is the point of triple talaq, there should not be even one divorce. When triple talaq became a law, it was left in compulsion. Respect for Ram Mandir or Tees of Babri? On this question, Madani said that the matter of teas is different. We have accepted the court’s decision. If there is a law, it is different to accept it. I have failed as a politician. I am a worker. Madani said that without consent, it is not proper to offer Namaz on the road, road or outside someone’s house. If we offer Namaz for a few minutes, nothing bad is going to happen to it.

Is Muslim already happy or unhappy?

On this question, Madani clearly said that Muslims are unhappy now than before. What is your opinion on loudspeakers? If the neighbors have any objection, then the sound of the loudspeaker should remain inside. Those who do not want to be heard should be respected. Which is the best party for Muslims, Congress or BJP? Madani said that none of the two parties. He said that the country should run by the Constitution and I will follow the Shariat. My Shariat has forced me to follow the Constitution. How to solve Kashi, Mathura? Madani said that the better solution is dialogue.