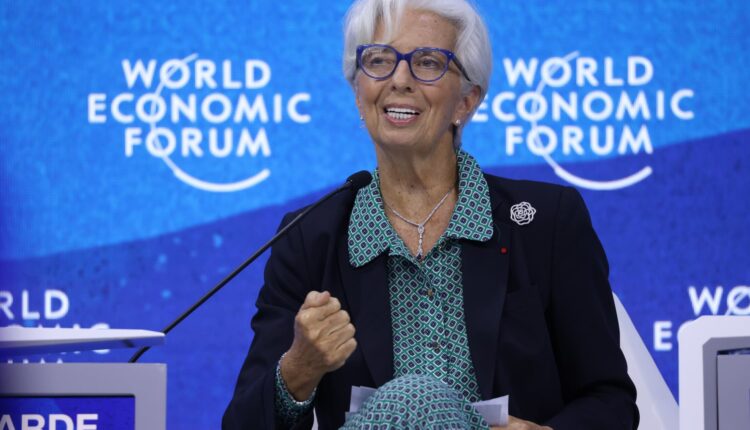 Christine Lagarde, president of the European Central Bank, seen during a panel session at the World Economic Forum in Davos, Switzerland, on Wednesday, May 25, 2022.

The European Central Bank on Thursday is expected to confirm its intention to raise interest rates next month, as rate setters meet in Amsterdam for their first policy meeting outside of Frankfurt since the onset of the coronavirus pandemic.

While inflation for the 19-member euro area hit another record high in May, a rate hike would only come in July as the ECB first needs to formally end its net asset purchases, according to its forward guidance.

The key question is how aggressive the shift will be over the coming months — some analysts have moved their estimates for a larger hike in September at the latest.

“A handful of Governing Council members are already open to a 50bp hike,” said Mark Wall, a chief economist with Deutsche Bank, in a research note.

“We believe the ECB is continuing to underestimate inflation and we expect support for a 50bp hike will increase as the summer progresses.”

The ECB will also publish new staff projections for growth and inflation this week — and market participants are likely to closely monitor the 2024 inflation print as this constitutes the ECB’s medium-term price target.

The ECB is also expected to downgrade its growth forecasts and upwardly revise its inflation projections, with the 2024 inflation number probably hitting 2%, the medium-term target of the ECB.

Persistently high inflation is the top concern for policymakers on the ECB’s Governing Council.

“Inflation is not only too high, but also too broad,” Francois Villeroy de Galhau, France’s central bank governor, said last week at a conference in Paris. “This requires a normalization of monetary policy — I say normalization and not tightening.”

While inflation, and the fight against it, is of course the core mandate of the ECB, the topic of fragmentation risk will most likely be addressed this week as well.

Bond markets have already reacted to the end of the asset purchases and reassessed the different risks associated with different euro zone countries.

As a result, the spread between German and Italian bonds has been widening. The 10-year spread was above 200 basis points on Monday, compared with less than 140 basis points at the start of the year

“Fragmentation makes life complicated for the ECB. This is not to say that these considerations will overrule whatever the inflation picture dictates in terms of policy tightening,” Dirk Schumacher, an ECB watcher with Natixis, said in a research note.

“But it is nevertheless an important implicit argument for gradualism,” he added.