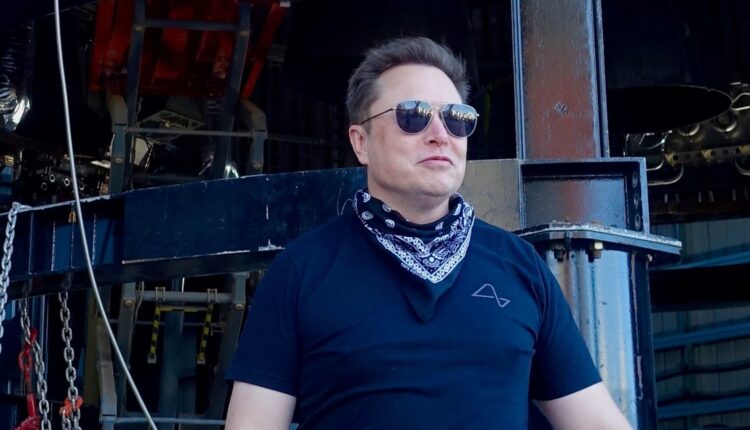 SpaceX CEO Elon Musk stands at the base of a Starship rocket prototype at the company’s facility in Boca Chica, Texas.

“I’m not sure exactly when that [IPO] is, but maybe it will be like – I don’t know, just guessing – three or four years from now,” Musk said at an all-hands meeting of the private company’s employees on Thursday, according to an audio recording obtained by CNBC.

Musk emphasized, as he has previously, that the Starlink business needs to be “in a smooth sailing situation” with “good predictability.” At that point, “I think spinning it off as a public company can make a lot of sense,” Musk said.

The latest timeline for a Starlink IPO represents another delay and comes despite repeated questions from a variety of investors over the years to own a piece of SpaceX – a stock which remains privately traded.

Musk previously targeted an offering as soon as this year, according to an email to SpaceX employees obtained by CNBC. The email, sent by Musk in May 2019, said “it will probably make sense to take Starlink public in about three years or so.”

The SpaceX CEO then pushed back that estimate, saying in a tweet last year that it would be “at least a few years before Starlink revenue is reasonably predictable,” adding that “going public sooner than that would be very painful.”

SpaceX did not immediately respond to CNBC’s request for comment on Musk’s remarks.

SpaceX’s Starlink network is designed to deliver high-speed internet anywhere on the globe through thousands of satellites in low Earth orbit. The company disclosed late last month that Starlink now has over 400,000 subscribers around the world. SpaceX has launched about 2,500 satellites to date to support the system.

While SpaceX offers a variety of Starlink products and services, the base price of $110 per month and the company’s most recent subscriber numbers suggest annual service revenue of more than $500 million a year.

A Starlink satellite terminal, also known as a dish, setup in front of an RV.

Musk warned employees during his comments on Thursday that they “should not think of things going public as, like, a sure path to riches.”

“The public markets are fickle” and “really pistol whip you if you don’t meet expectations,” Musk said.

Musk has had an often contentious relationship with the regulations of publicly traded companies. In 2018, he agreed to pay millions in settlement charges with the Securities and Exchange Commission in response to fraud charges around an aborted take-private plan of his electric vehicle company, Tesla. He’s also currently battling with Twitter over a proposal to take the social media company private.

“Being public is definitely an invitation to pain,” he told SpaceX employees Thursday. “And the stock price is just distracting.”

SpaceX continues to raise billions in capital to develop both Starlink and its mammoth Starship rockets. The company’s valuation hit $127 billion during its latest funding round.