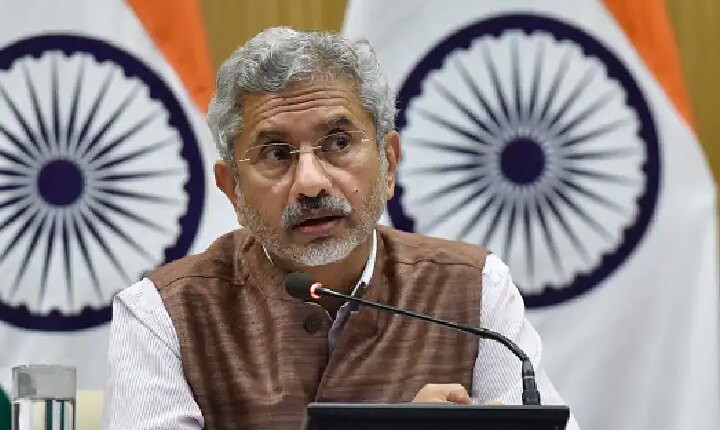 S Jaishankar On Killing Of Teacher: External Affairs Minister S Jaishankar on Tuesday expressed confidence of winning the ongoing fight against extremism and said terrorism will not end in a day. He said this when asked about the shooting of a female teacher by terrorists in Jammu and Kashmir. Responding to a question from journalists in Gujarat’s Vadodara city about the targeted killing of a teacher by terrorists in Kashmir’s Kulgam district, Jaishankar said the Center is confident of winning the many-year-long fight against terrorism. .

Jaishankar told reporters after attending the ‘Garib Kalyan Sammelan’ in Vadodara, “Our fight against terrorism which has been going on for the last several years will continue. Look, terrorism will not end in a day. But the terrorists also know that the present government is not like the previous governments.”

Jammu and Kashmir Police said that terrorists shot dead Kashmiri Pandit teacher Rajni Bala (36) in Kulgam district on Tuesday. Bala, posted as a teacher in Kulgam’s Gopalpora area, was injured in the firing by the terrorists, officials said. He was taken to a nearby hospital, where doctors declared him brought dead.

What else did the foreign minister say on terrorism?

External Affairs Minister S Jaishankar said that we will definitely take necessary steps against terrorism. Our fight against terrorism will continue and we are confident that we will be successful. Before attending the event in Vadodara, Jaishankar visited Police Bhawan and interacted with women police personnel of She Team, a special cell to process complaints and distress phone calls by women. .