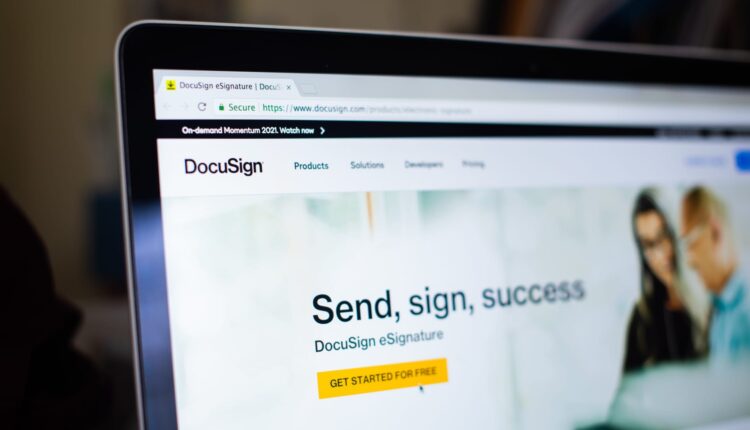 Some analysts are losing faith in DocuSign after the e-signature company posted disappointing quarterly results that showed signs of a slowdown in its business. Shares of DocuSign benefitted during the pandemic as more consumers shifted to online transactions but have fallen nearly 43% since the start of the year. Evercore ISI’s Kirk Materne downgraded the stock to in line from outperform, saying in a note to clients that he sees a better payoff in other stocks and minimal upside to DocuSign. “Not huge fans of the post EPS downgrade and while DOCU shares are probably close to a bottom at current levels if one is taking a longer-term view, we believe the combination of tough compares and continued execution challenges / turnover in the field means any meaningful rebound in billings growth is still further out than we hoped,” Materne wrote. DocuSign said it expects 7% to 8% year-over-year billings growth for the year. “We believe until billings accelerates back above 20%, the margin guide needs to point investors to a 20%+ op. margin outlook for FY24 to offset the revenue deceleration,” he added. Materne cut the firm’s price target on the stock to $75 from $100 a share, implying a 14% downside from Thursday’s close. Bank of America’s Brad Sills downgraded DocuSign to neutral from buy, citing a disappointing billings outlook. The bank’s previous buy rating anticipated billings growth in the mid-teens for the 2023 fiscal year. Growth likely won’t come close to that until the second half of the 2024 fiscal year, he said. Meanwhile, William Blair’s Jake Roberge downgraded the company to market perform, noting that while “customers are not churning off the platform, DocuSign is seeing many customers decrease platform consumption from pandemic peaks as their contracts come up for renewal. As a result of the headwinds that DocuSign is seeing in the business, management plans to scale back its hiring targets for the year to focus on profitability.” Shares of DocuSign plummeted nearly 27% in premarket trading. — CNBC’s Michael Bloom contributed reporting