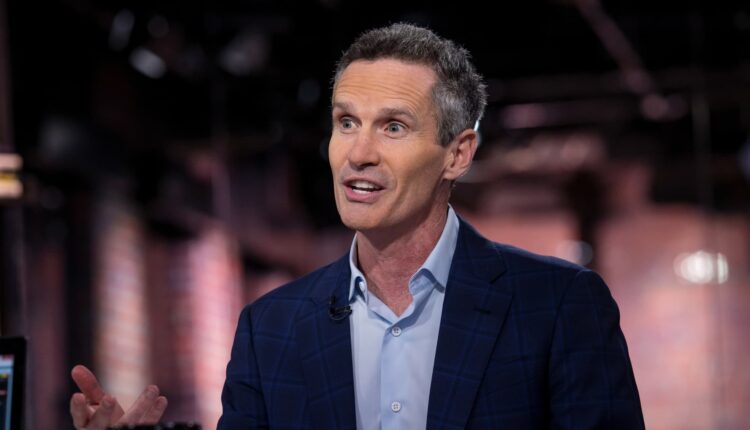 DocuSign shares fell as much as 17% in extended trading on Thursday after the electronic signature software vendor reported weaker-than-expected earnings in its fiscal first quarter.

Here’s how the company did:

For the quarter, which ended on April 30, DocuSign’s revenue grew 25% from a year earlier, according to a statement.

But as investors shift away from a focus on growth to profitability, DocuSign’s miss on earnings is overshadowing its beat on revenue. The stock is down 43% this year as of Thursday’s close, tumbling alongside the rest of the cloud software sector.

For the second quarter, DocuSign called for revenue of $600 million to $604 million. The middle of the range, at $602 million, was just above the Refinitiv consensus of $601.7 million.

Earlier this week DocuSign announced an expansion of its partnership with Microsoft.

Executives will discuss the results during a conference call with analysts starting at 4:30 p.m. ET.

This is breaking news. Please check back here for updates.