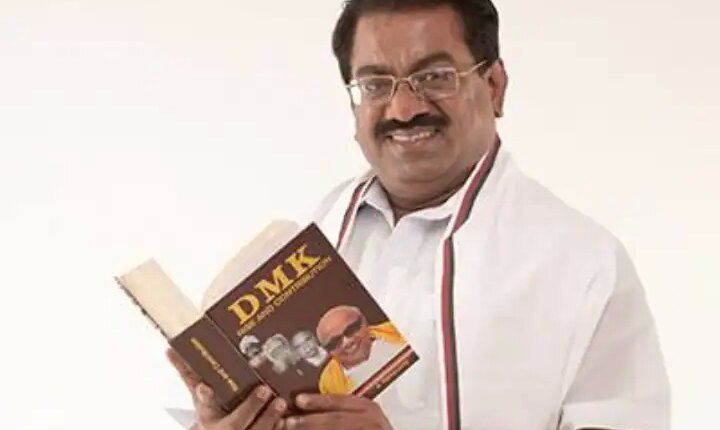 DMK Leader Controversial Remark: DMK leader and Rajya Sabha MP TKS Elangovan has claimed in a controversial statement that Hindi will reduce the status of Tamils ​​to ‘Shudra’. He said that the Hindi speaking states are not the developed states of the country whereas the states whose mother tongue is their local language are performing well.

In a press conference organized by the Dravida Munnetra Kazhagam on the imposition of language here recently, Elangovan said that an attempt is being made to impose Manuwadi ideas by imposing Hindi. His comment has now gone viral. The DMK leader criticized Amit Shah for advocating for Hindi.

What did the MP say for the non-Hindi speaking states?
He said what will Hindi do? will only make us shudra. It will not benefit us. Elangovan asked whether non-Hindi speaking states like West Bengal, Odisha, Andhra Pradesh, Telangana, Tamil Nadu, Kerala, Karnataka, Maharashtra and Gujarat are developed states or not. He said that I am asking this because Hindi is not the mother tongue of these states. The undeveloped states (Hindi speaking) are Madhya Pradesh, Uttar Pradesh, Bihar, Rajasthan and the newly created state (obviously Uttarakhand). Why should I learn Hindi?

Accused of imposing Hindi language on Tamil Nadu
The alleged imposition of Hindi in Tamil Nadu is a sensitive issue and the DMK used the issue to garner public support in the 1960s and was successful. The ruling party has been condemning attempts to impose Hindi. The state government has also alleged that Hindi has been imposed in the National Education Policy 2020 and made it clear that Tamil Nadu will only follow its two-language formula – Tamil and English – which has been prevalent in the state for decades.

how old is tamil culture
Elangovan said Tamil pride is 2000 years old and its culture has always followed equality. He said that they are trying to destroy the culture and trying to impose Manuwadi ideas through Hindi. This should not be allowed, if we allow it, we will be slaves, we will be Shudras.

The MP said that unity in diversity has been the identity of the country and for its progress all languages ​​should be promoted. Prior to Elangovan, state higher education minister K Ponmudi had taunted that Hindi-speaking people sell pani puri in the state. His remarks came in response to the claim that learning Hindi would lead to more jobs. However, he later denied his controversial remarks.