Diseases suppressed during Covid are back 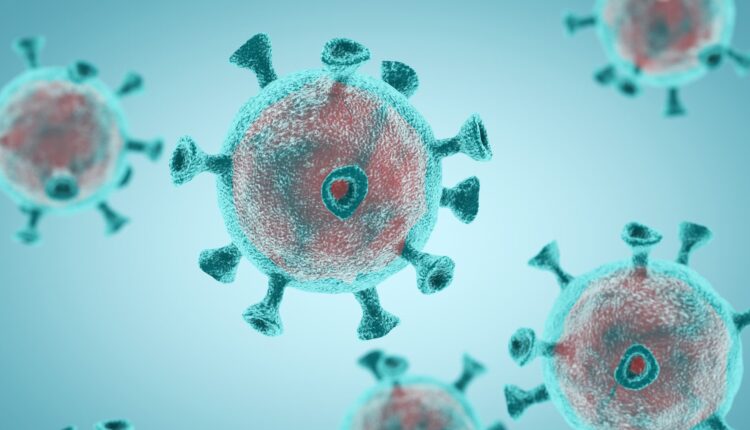 The Covid-19 pandemic has abated in much of the world and, with it, many of the social restrictions implemented to curb its spread, as people have been eager to return to pre-lockdown life.

But in its place have emerged a series of viruses behaving in new and peculiar ways.

Take seasonal influenza, more commonly known as the flu. The 2020 and 2021 U.S. winter flu seasons were some of the mildest on record both in terms of deaths and hospitalizations. Yet cases ticked up in February and climbed further into the spring and summer as Covid restrictions were stripped back.

“Covid has clearly had a very big impact on that. Now that people have unmasked, places are opening up, we’re seeing viruses behave in very odd ways that they weren’t before,” he said.

And flu is just the beginning.

Respiratory syncytial virus, a cold-like virus common during winter months, exhibited an uptick last summer, with cases surging among children in Europe, the U.S and Japan. Then, in January this year, an outbreak of adenovirus 41, usually responsible for gastrointestinal illness, became the apparent cause of a mysterious and severe liver disease among young children.

Elsewhere, Washington State has been experiencing its worst flare-up of tuberculosis in 20 years.

And now, a recent outbreak of monkeypox, a rare viral infection typically found in Central and West Africa, is baffling health experts with over 1,000 confirmed and suspected cases emerging in 29 non-endemic countries.

The World Health Organization noted earlier last week that the virus, whose symptoms include fever and skin lesions, may have been going undetected in society for “months or possibly a couple of years.”

A section of skin tissue, harvested from a lesion on the skin of a monkey, that had been infected with monkeypox virus, is seen at 50X magnification on day four of rash development in 1968.

“The two strains probably indicate this has been going on longer than we first thought. We’re at a concerning time right now,” said Roberts. He noted that the coming weeks will be telling for the course of the virus, which has an incubation period of 5 to 21 days.

It is not yet clear whether the smallpox-like virus has mutated, though health experts have reported that it is behaving in new and atypical ways. Most notably, it appears to be spreading within the community — most commonly through sex — as opposed to via travel from places where it is typically found. Symptoms are also appearing in new ways.

“Patients are presenting differently than we were previously taught,” said Roberts, noting that some infected patients are bypassing initial flu-like symptoms and immediately developing rashes and lesions, specifically and unusually on the genitals and anus.

“There’s a lot of unknowns that do make me uneasy. We are seeing very atypical behaviors in a number of ways for a number of viruses,” he said.

One explanation, of course, is that Covid-induced restrictions and mask-wearing over the past two years have given other infectious diseases little opportunity to spread in the ways they once did.

Where viruses did manage to slip through, they were frequently missed as public health surveillance centered largely on the pandemic.

That indeed was the case in Washington’s tuberculosis outbreak, according to local health authorities, who said parallels between the two illnesses allowed TB cases to go undiagnosed.

During the Covid pandemic, access to primary care, including childhood vaccinations, was unavailable to many children.

professor of epidemiology, University of Delaware

Now, as pandemic-induced restrictions have eased and usual habits resumed, viruses that were in retreat have found a fertile breeding ground in newly social and travel-hungry hosts.

The recent monkeypox outbreak is thought to have stemmed, at least in part, from two mass events in Europe, a lead adviser to the WHO said last month.

Meantime, two years of reduced exposure have lowered individual immunity to diseases and made society as a whole more vulnerable. That is especially true for young children — typically germ amplifiers — who missed opportunities to gain antibodies against common viruses, either through their mother’s womb or early years socializing.

That could explain the uptick in curious severe acute hepatitis cases among children, according to health experts who are looking into possible links to Covid restrictions.

“We are also exploring whether increased susceptibility due to reduced exposure during the Covid-19 pandemic could be playing a role,” the U.K. Health Security Agency said in April.

The Centers for Disease Control and Prevention has also expressed concern that lockdowns may have caused many children to miss childhood vaccinations, potentially raising the risks of other vaccine-preventable illnesses such as measles and pertussis.

“To prevent increases in these diseases, catch-up vaccination campaigns are needed globally,” she added.

That said, there is also now greater awareness and surveillance of public health issues in the wake of the pandemic, making diagnoses of some outbreaks more commonplace.

It’s not that the disease is more prevalent, but that it gets more attention.

However, he also warned of the role of “surveillance bias,” whereby individuals and medical professionals are more likely to report cases of diseases as they grow more high profile. That suggests that some viruses, such as monkeypox, may appear to be growing when in fact they were previously underreported.

“It’s not that the disease is more prevalent, but that it gets more attention,” Leshem said.

“These investments have to occur globally to prevent and mitigate the next pandemic,” he said.