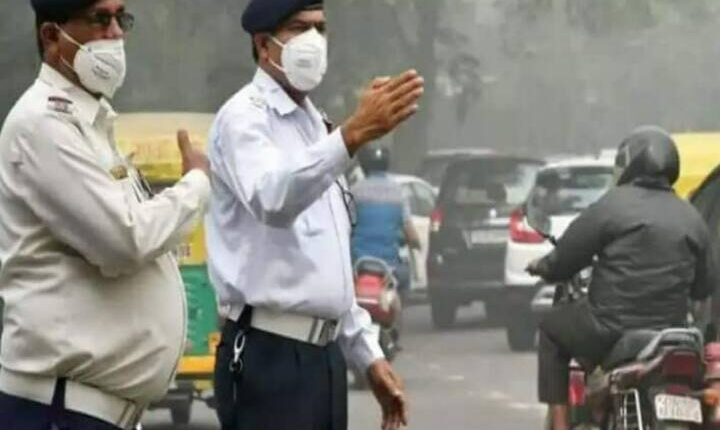 Delhi: A surprising case has come to the fore on the Devli mode of the capital Delhi. A young woman and a young man have brutally beaten up the Traffic Inspector (TI), who went to open the traffic. In fact, the matter is being told at 10 am on Wednesday, where the traffic policeman stops the scooty rider coming from the wrong side on Devli mode, on which 3 people were riding and the helmet was not even wearing. On being stopped by TI, the girl riding the scooty gets furious and leaves her hand on TI.

It is being told that in a scuffle between the two, the girl falls down, after which the public gathers and beats the policemen. Meanwhile, more traffic policemen also arrive. At the same time, now a video of the incident has also been seen in which the young man and the girl are seen brutally beating TI as well as the policemen are seen saving her. It is clearly seen in this video that the mob is running and beating the policeman. At the same time, now according to the latest information, the girl has accused the traffic inspector of a scuffle.

Take advantage of being a girl – local people

At the same time, local people say that the road was jammed due to traffic, for which the traffic police had come to open it. Meanwhile, there were three people on the scooty, in which there were two girls who were coming from the wrong side, when the policemen stopped them, they got entangled with the policeman on the contrary and taking advantage of being a girl, they beat up the policemen fiercely and killed a policeman. Tore the uniform and beat him by running.

The local people also allege that it is anyone’s fault but no one has the right to take the law in their hands. The way a policeman has been beaten up on the road, it is wrong. Being a girl does not mean that whatever she says is true.