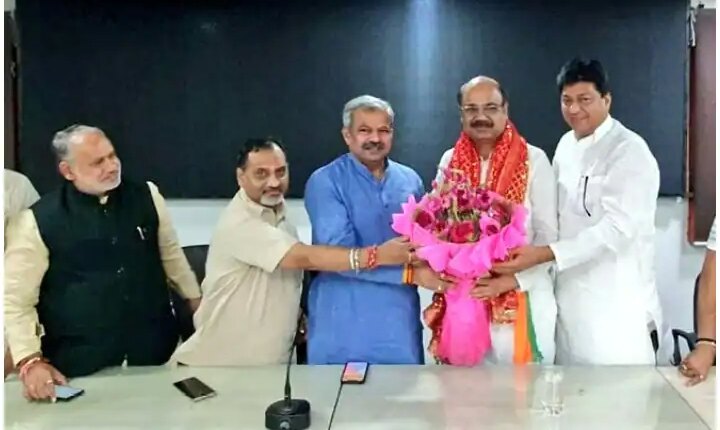 Rajendra Nagar Assembly Seat: By-election is going to be held on the Rajendra Nagar assembly seat of Delhi, which fell vacant due to Raghav Chadha’s departure to the Rajya Sabha. For this seat, Durgesh Pathak from Aam Aadmi Party, Rajesh Bhatia from BJP and Mrs. Premlata from Congress are in the fray. Aam Aadmi Party, Congress and BJP all three are fighting for victory from this seat.

According to Bharatiya Janata Party candidate Rajesh Bhatia, this time the biggest election issue in Rajendra Nagar is ‘boy outside the house vs son of the house’. Rajesh Bhatia is confident that along with local issues, he will get votes in the name of Prime Minister Modi.

Son of the house vs outsider is the issue: Rajesh Bhatia

Rajesh Bhatia said, “The biggest issue in this election is the boy from outside and son of Rajendra Nagar. Kejriwal has insulted the voters of Rajendra Nagar. Instead of fielding a person from Rajendra Nagar, he made an outsider who is a candidate. that the election has been lost in many places. The issue of the son of the house versus the outsider dominates here. After this, the biggest issue is of drinking water and water because water does not come, if it does not come, it is not fit for drinking. Water is a problem in the posh areas as well. People are getting stomach ailments due to bad water. I myself am taking antibiotics because of water borne infections.’

‘No development in 8 years’

According to him, ‘Raghav Chadha did not come even for a day to meet the people of Rajendra Nagar and finally fled to the Rajya Sabha. In 8 years, a playground could not be built in this assembly constituency, health center could not be built, even college could not be built. Nothing was done for the people here. Only liquor contracts have been opened in the name of work. Rajesh Bhatia said, ‘The problem is solved with willpower, when I became a councilor here, parking was a big issue. I am from here, that’s why I took out 4 acres of land here for parking. The problem is solved, there should be a doer.

He further said, ‘I had got that school built in 2017 in the municipal corporation school where I studied. They only know how to scam. If there was no scam in the Jal Board, then the people of Delhi would not have to worry so much for water. People are very angry with Aam Aadmi Party because they have cheated. At the same time, he believes that if Congress has given ticket to Premlata, then there can be a fight against him.

‘Vote will also be given in the name of PM Modi’

According to Rajesh Bhatia, the public calls him the Prime Minister. Narendra Modi can vote in the name of He said that it is natural that people will vote for us in the name of Modiji. What Modi ji has done for the country, what he has done for the people, votes will be sought in his name. He is our nation’s leader, we will get the credit for his work. Kejriwal deprives the people of Delhi from Modiji’s plans. We will tell the public how Kejriwal is not allowing Modi government’s schemes to reach the people.

On one hand, while BJP candidate Rajesh Bhatia is preparing to contest elections in the name of development in outer, water and area, the biggest issue for Congress candidate Smt. Premlata is women’s safety. Simultaneously, he claimed that the fight is one-sided, the full support of the public is for him.

Congress candidate Premlata said, “Our biggest issue is women’s safety. Women are not heard, they do not get education, work is not being done in the field of education. There is not even a single school in Rajendra Nagar, Which Kejriwal should tell that children can study here. In the name of electricity and water, they came in the government and the electricity bill also increases and water is not available. Congress has developed Delhi only. There are potholes on the roads. There are no trees in the parks, women are not safe, children do not get education, these are our main issues. Targeting Kejriwal, he said that he has made a government of propaganda only.