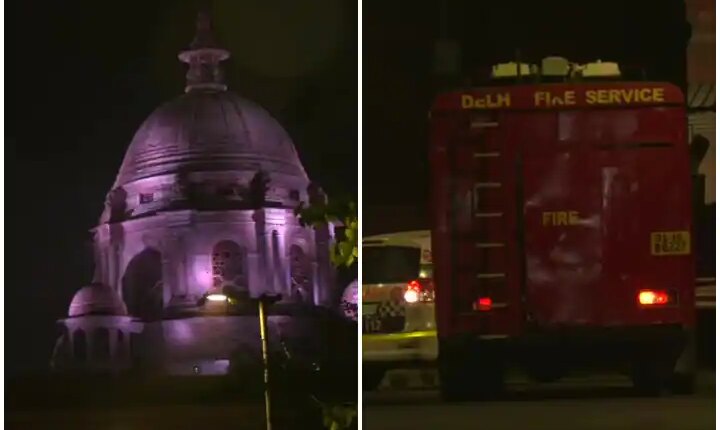 Fire in Delhi: In the midst of the ever-increasing heat, the problem of fire has become common in the national capital Delhi. Recently, many people died due to fire in Mundka area of ​​Delhi, while a fire incident has been reported in North Block of Delhi late on Tuesday night.

At present, no casualty has been reported in this incident of fire, the fire safety department has brought the fire under control. According to news agency ANI, it was told that the incident of fire took place in the Ministry of Home Affairs located in North Block. After which 7 fire brigade vehicles were sent showing speed from the fire department as soon as the information of the fire was received, which has brought the fire under control.

A fire broke out at North Block (Ministry of Home Affairs Telephone Exchange) at around 12.18 am today. 7 fire tenders hastened to the spot. The fire has been brought under control. No casualty has been reported so far: Delhi Fire Department pic.twitter.com/Iwu7BBTOE3

It is being told that this incident of fire took place in the telephone exchange room of the Ministry of Home Affairs at 12.18 pm on Tuesday. Fire brigade officials said that they had received information about the fire from room number 82A, B of the Home Ministry’s telephone exchange in North Block.