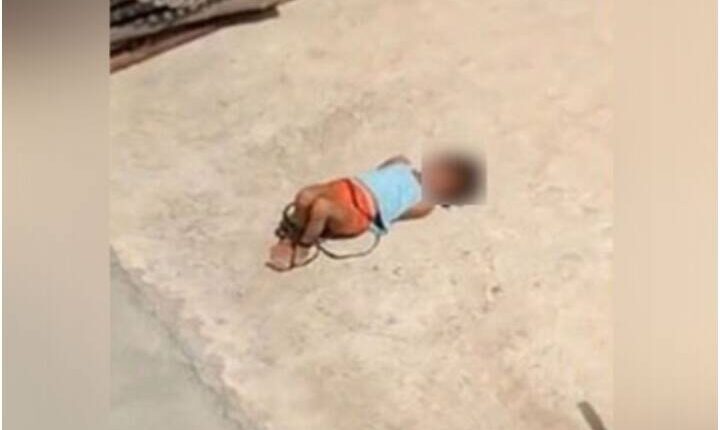 Delhi Girl Child’s Scary Viral Video: Parents are expected to be loved and cared, but there are some parents in the world who do not hesitate to inflict cruelty on their children in the name of teaching them a lesson. A similar case has come up in the Khajuri Khas area of ​​the capital Delhi. Where a parent left their six-year-old girl tied hands and feet on the terrace in the scorching heat. After the video of this incident went viral, the police swung into action and contacted the family who committed atrocities on the girl. Police will soon take action on this family.

Shocking punishment for girl child for not doing homework

How would you feel if you were left on the terrace with your hands and feet tied in this scorching heat. You will not get up, but in Khajuri Khas, Delhi, a family has done this feat not with any other person but with its own child. The only fault of the girl is that she didn’t do the homework. Angered by this, his own mother, who is called the idol of Mamta, became a devil for him. The mother of this six-year-old girl tied her hands and feet and left her on the terrace in the hot sun. The girl kept crying and sobbing, but the mother’s heart did not melt. Someone made a video of this incident and put it on social media and this incident came to the notice of the police.

A heart-wrenching video of Delhi is going viral. Angry over not doing homework, a mother tied her hands and feet and left her in the sun. Delhi Police has traced this family and is preparing for action. https://t.co/G97OftTT5i #Delhi #DelhiPolice pic.twitter.com/KFgAgl29Xh

Police will take action against the cruel mother

People are angry after the video of this incident went viral. This incident is being told of June 2. After the video surfaced, the police talked to the parents of the girl. Delhi Police says that the girl’s mother told that she had not done homework. Because of this, his mother left him on the terrace for a few minutes to punish him. According to the information received from the police, the girl is healthy, but the police will take immediate action against the family. Although this video was earlier being told of Karawal Nagar, but later in police investigation it was found that it is of Khajuri Khas.

Watch: You saw hundreds of turtles going to the sea at once! watch viral video

Parents of Uvalde and Buffalo mass shootings testify before Congress