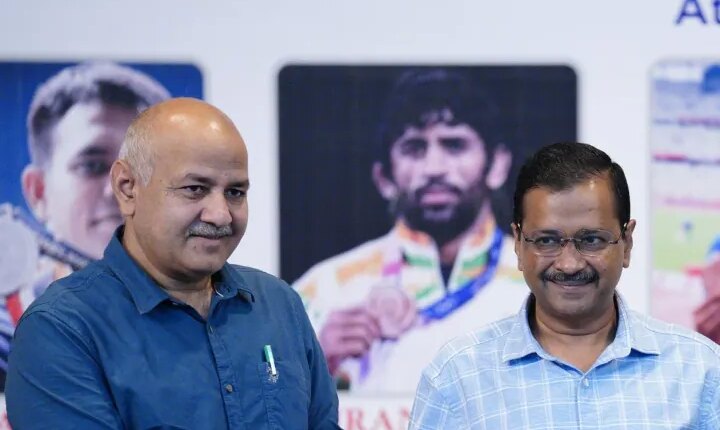 Aam Aadmi Party MLA Atishi accused the BJP and said that BJP does not want the poor of the country to get good treatment and good education, that is why they have arrested Satyendra Jain and now they are preparing to arrest the Deputy CM as well. Huh.

What did you say, MLA Atishi?
Atishi said that you keep doing fake cases against us like this and people will make Aam Aadmi Party win in every election. The Modi government has asked all the investigating agencies including CBI, Delhi Police, Anti Corruption Branch, Income Tax Department, ED to bring Manish Sisodia trapped in any fake case. Atishi said that the ED summoned Satyendra Jain 8 times in 2018 but got nothing. No question for four years and now arrested without evidence.

Atishi said that Manish Sisodia is the education minister who has given good education to 18 lakh children of Delhi, he is the leader of Delhi’s education revolution. Satyendra Jain is the health minister who has given a model of good health system to the people of Delhi. She said that I want to tell the Bharatiya Janata Party, the Central Government and the Prime Minister that we are not afraid of fake cases. From 2012 to 2020, more than 140 cases have been registered by the central government agencies against the Aam Aadmi Party, but the charges were not proved in a single case.

Aam Aadmi Party made these allegations against the BJP government at the Center?
Senior Aam Aadmi Party leader and MLA Atishi said that Delhi Chief Minister Arvind Kejriwal had told many months ago that we had come to know from reliable sources that the central government has ordered all its agencies that in any way, the Aam Aadmi Party Implicit leaders, ministers, MLAs in fake cases.

He said that he had told in January itself that the ED is going to arrest Satyendra Jain in some fake case and that is exactly what happened. Now reliable sources are telling us that the way fake cases have been done on Satyendra Jain, similarly fake cases are going to happen on Delhi Deputy Chief Minister Manish Sisodia as well.

Atishi made these allegations on BJP?
Atishi said that the Central Government and BJP have called all their agencies CBI, Delhi Police, Anti Corruption Branch, Income Tax Department, ED and said that everyone should get involved in making fake cases. Get Manish Sisodia trapped in some case or the other.

The proof of this is that these agencies are engaged in re-finding all kinds of fake cases. Showing the document of Anti Corruption Branch, MLA Atishi said that he has written this letter to Harish Khurana. He said that we need more proof of one of your complaints. The complaint is that there should be a case against Manish Sisodia for the rooms made by Manish Sisodia for the poor children studying in the government school of Delhi.

Atishi asked, why are the dead bodies being uprooted?
Atishi said that the most interesting thing is that the complaint of July 2, 2019, has been taken out after three years on May 23, 2022. Action and papers are demanded on it. Where was this matter for the last 3 years and what investigation was done. Because all these agencies know that there is no corruption here. On the orders of the Center and the BJP, all the agencies are now trying to commit fraud by taking out the fabricated dead bodies through fake old complaints. First, fake cases are registered against Satyendra Jain and now efforts are being made to make fake cases against Manish Sisodia.

Adesh Gupta further said that the saying of ‘Thota Chana Baje Ghana’ is being proved on Kejriwal. He should learn from Kejriwal how to lie. Arvind Kejriwal is calling Jain a messiah and you are the biggest chieftain of those messiahs. Was it not Jain’s sign on the lease date of the land? These shell companies are not of Jain. The question arises that you run away from your responsibilities.

What did BJP state president Adesh Gupta say?
Adesh Gupta accused Arvind Kejriwal and said that you have worked for 9 years by taking leave even while doing your job. You are the only leader in the world who is doing honest politics. But you are kinda gram baje ghana. You are saying that you have seen all the papers, and Jain’s whole point is correct. It has become the same thing that the court is also yours and the lawyer is also you and you have also committed the crime. BJP never takes partisan action.

PM Modi UP Visit: Prime Minister Narendra Modi UP will go tomorrow, this is their full program