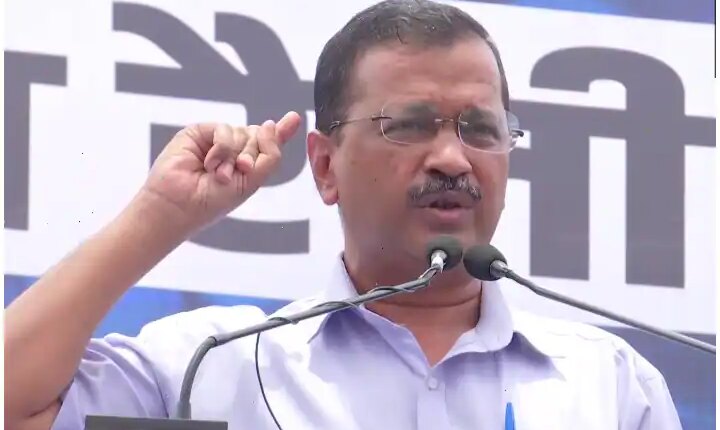 AAP Protest on Kashmir Target Killing: Aam Aadmi Party is protesting in Delhi regarding the target killing in Kashmir and exodus of Kashmiri Pandits. At Jantar Mantar in Delhi, all the leaders of the Aam Aadmi Party fiercely surrounded the central government regarding the killings in Kashmir. During this, party convener and CM Arvind Kejriwal said that Kashmiri Pandits are being selectively killed. Once again the Kashmiri Pandits have to leave the house. It happened once in the 90’s once it is happening now.

Government is not allowing to raise voice – Kejriwal
Kejriwal also observed a 2-minute silence for the deaths in Kashmir. After this he said that people are being massacred in Kashmir, they are not being allowed to raise their voice. The BJP government locks them inside the houses. Kashmiri Pandits are not getting anything except their own security, the government of the Indian people has failed to provide them security. Kashmir demands action, India demands action. Tell the plan, what is the plan, many meetings have taken place, now the public wants answers.

Referring to the killings in Kashmir, Kejriwal said that on October 5, Makhan Lal Bindru ji was murdered. He used to run a medical store. Virendra Paswan was assassinated on 5 October. Satinder Kaur and Deepak Chand were killed on 7 October, Surendra Kumar Singh driver on 13 October, Ranjit Singh on 17 October, Vijay Kumar, bank manager on 2 June. The whole country is saddened by the target killing in Kashmir. There is worry and sorrow in the mind of every Indian. Kashmiri Pandits have been forced to leave the birthplace.

Kejriwal further said that Kashmiri Pandits are demanding only one thing from the BJP government, that is security. The 1990s are back. Even then the whole country was worried about Kashmir, today the country is worried again. Show me some action. Many Kashmiri Hindu brothers and sisters were martyred.

Deputy CM said, the government is dumb and deaf
Apart from CM, Deputy CM Manish Sisodia said in this protest rally that, Kashmiris are coming to Jammu camp, Punjab and Delhi by locking their homes. Today it is necessary that we tell our Kashmiri Pandit brothers and sisters that we understand the pain of atrocities on you and we are with you. Also send a message to this dumb-deaf government that if you do not handle the situation in Kashmir, then you will not be able to handle yourself more chairs.