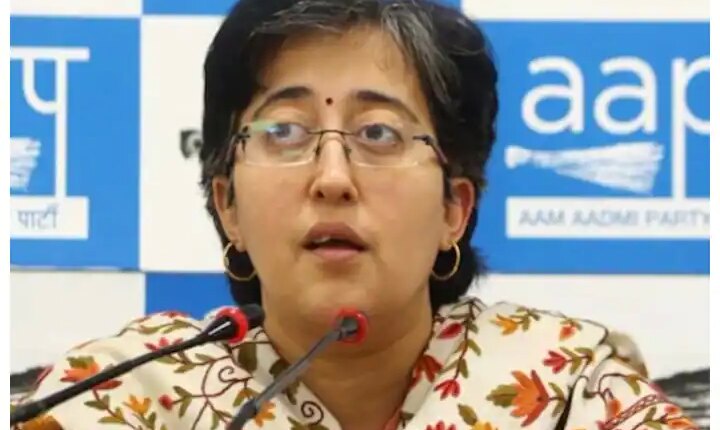 Delhi Arvind Kejriwal Govt Vs LG: There is once again a situation of confrontation between the Kejriwal government and the Lieutenant Governor (LG) in Delhi. The Aam Aadmi Party alleges that the new Lieutenant Governor is not working according to the constitutional system of Delhi. Aam Aadmi Party leader and MLA Atishi Marlena said that the LG called a meeting with the officials of a water board on Monday and also gave some orders to the officials. Atishi said that she wants to tell the LG because they are new and they may not have constitutional knowledge that there is a separate constitutional system in Delhi.

Aam Aadmi Party leader Atishi Marlena said that according to the constitution, clearly 3 departments come under the LG. Law and Order, Land and Police are the only three under the control of LG. Today, when there is no government in the Municipal Corporation, it also comes under the jurisdiction of LG. But things like electricity, water, education and health come under the elected government of Delhi and when the LG calls the officers associated with these departments and gives them orders, then how will the elected government work?

Conflict between Delhi government and LG!

Along with this, Atishi said that if the government starts calling the officers related to the departments under LG in the same way, then whom will the officers listen to? How will Delhi’s work be done? The constitutional system of Delhi will be completely disturbed in this way. On the issues which come under the elected government of Delhi, LG sahib calls a meeting of officers on those issues, then he is disturbing the constitutional system. It will happen that the elected government will call the officers of the departments which come under the LG and give orders to them, in such a situation there will be a conflict again. I want to tell them that the system of three garbage mountains should be improved. Dirt is a big problem of Delhi. MCD has completely failed in this matter.

Do not change the constitutional system of Delhi LG- Atishi

Aam Aadmi Party (AAP) MLA Atishi Marlena further said that if they talk to any woman, they will know how big a problem the security system is, they should solve it, thefts are happening everywhere, bullets are being fired in broad daylight. If the situation of law and order and police improves, it will be good for the people of Delhi too. I appeal to the LG not to try to alter the constitutional system of Delhi in any way. If he wants to hold a meeting, speak to the Chief Minister. If there is an issue of law and order, then the CM does not talk to the commissioner. They talk to LG. When the new LG came, CM Arvind Kejriwal first said that we will work together in favor of the people of Delhi.