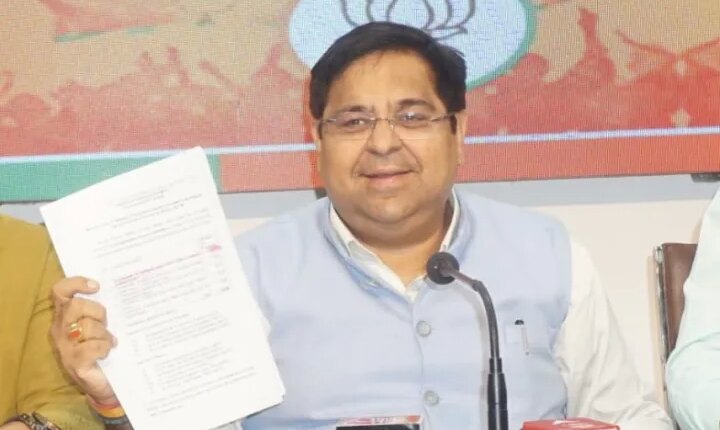 Delhi BJP Made Corruption Charges Agaisnt Manish Sisodia: After the arrest of Health Minister Satendra Jain in the capital Delhi, BJP and Aam Aadmi Party have once again come face to face. Delhi BJP has now accused Deputy CM Manish Sisodia and Satendra Jain of manipulation of 2 thousand crores. Delhi BJP spokesperson Harish Khurana also held a press conference in this connection today, in which he talked about the evidence of this alleged manipulation and he said that soon he will hand over all these evidences to the Anti-Corruption Branch.

Harish Khurana made a big allegation and said that there is participation of 2 people in the money that is going. One Satendra Jain and the other Manish Sisodia, who was the Finance Minister at that time. These two persons are responsible for this crime.

BJP claims to have evidence
Harish Khurana said that on the basis of the kind of evidence we have and the notice of Anti-Corruption Branch, we are confident that action will be taken. He said that I will give an example on this, Aam Aadmi Party had talked about 20 thousand rooms. A zone of 201 rooms, he (Manish Sisodia) approved Rs 28 crore 95 lakh in 2015. It said that the rooms should be completed by 2016.

Harish Khurana further said that the meeting is held again within 2019 and the budget of those 201 rooms is reduced to 54 crore 90 lakh. That is, the value of these rooms is doubled. Khurana said that a common room of 400 feet can be made for Rs 4-5.

If the cost of a room is Rs 27-28, then where is all this money going? There is participation of 2 people in this money which is going. One Satendra Jain and the other Manish Sisodia who was the Finance Minister at that time. These two persons are responsible. We hope that action will be taken on them soon.
Harish Khurana said that this is documentary evidence of this fact. There is no permanent structure in this. Sub are semi permanent structure. It has stern, cistern and roof.

Khurana said that the people of Delhi are intelligent. If you go to build a room of 400 feet, it will cost 3-4 lakhs. Khurana further said that these documents cannot be falsified. If you approve Rs 27 crore and double it after three years, still the work is not completed. We have the proof ready.

Khurana said that this is a matter of only one zone, similarly there are a total of 26 zones here. The claims they are making all over Delhi that we have made 20 thousand are the truth of those rooms only. This case is of Rs 2 thousand crores. All this money has gone here and there.

Khurana said that you knew that the case was going on inside the Lokayukta. Therefore, Lokayukta was not appointed for one and a half years. You knew that the day the Lokayukta was appointed and the Delhi Anti-Corruption Branch was activated, your troubles would increase. This apprehension has been expressed by Arvind Kejriwal, Atishi and Sanjay Singh in their press conference. All this is proof that the documents are correct. Now the people of Delhi will ask the question, where has this money gone?