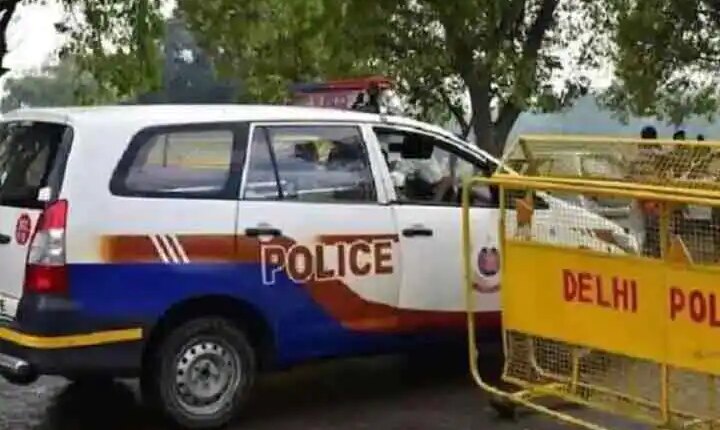 New Delhi: A PCR call on the intervening night of Friday-Saturday created a stir in the Delhi Police Department. Why was there not even a stir, after all, the PCR call was not against an ordinary person but against an IPS officer Shankar Chaudhary (who was the DCP of Delhi’s Dwarka district till Saturday evening). The caller had said that DCP Shankar Chaudhary of Dwarka had drunk and hit a glass on the head of my wife, they were quarreling with someone else. My wife is injured, which I have brought to Max Hospital, Saket. This PCR call shook the entire department as well as created a sensation on social media. The incident is of Unculture Club located in Greater Kailash area of ​​South District.

PCR call at this o’clock in the night
A PCR call was made at around 3.05 am after midnight. An entry was made in the General Diary of the Greater Kailash police station regarding this call. Regarding the allegations against the DCP rank officer, media persons started asking questions to South District DCP Benita Mary Jacker since morning as to what about this matter. Action taken? But no reply was received. Then around 12.15 pm, the video of the victim woman surfaced through social media.

What the woman said in the video?
The victim told through the video that she had gone to a party with her husband. It was a family party, in which only 10-15 people were present. The victim said that she got hurt around 12.15 pm. This happened when a boy passed a glass to another boy. At the same time, the glass hit the woman’s head. That boy said what has happened, if it is taken, then the treatment will be done. I will get it done after speaking to Shankar Bhaiya. In the midst of all this, her husband made a PCR call, in which the name of the DCP was taken. This call was the result of a misunderstanding / communication gap. We’ve sorted out the matter.

What did the Delhi Police say?
At around 1.15 pm, the statement was issued by the Delhi Police PRO regarding this matter. . In which it was told that a PCR call was received in the early hours of June 4. It was said in it that a DCP rank officer has hurt a woman during a birthday party. Later a video of the victim surfaced, in which she said that she had gone to a party last night. The DCP was also here with the family. During this, a glass hit her head and she got injured. At that time a man was playing with a glass. Her husband made a PCR call and due to misunderstanding, the name of DCP came into the limelight. Matter resolved.